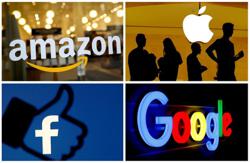 The FBI is warning people to not fall prey to sextortionists.

Sextortion is a growing trend as criminals use social media and video games to elicit nude photos and videos from young children, adults and romantic partners, FBI officials said.

"What we usually see is a relationship that either goes sour or wasn't even legitimate to begin with where the victim is lured into a false sense of security and succumbs to pressure of providing those images or those type of videos," Harper said.

"The (sextortionist) wants to distribute private or sensitive materials to your friends, your family, or employment, if their demands are not met. They'll keep demanding, (and) on top of the monetary demands, they'll keep demanding more videos, more images."

Sextortionists use social media and dating sites to meet victims. They also use video games to meet children.

"Most adult victims say the initial contact was very mutual and it started on dating sites or apps," Harper said. "And then the subject wants them to move their relationship over to private communication or messaging platforms."

Children as young as seven years old have been victims of sextortion, Harper said.

"A lot of the children that we see report that the initial contacts are made on either gaming platforms or popular social media platforms," Harper said. "What we see there is that adults will act like the same age as the child. They're saying that they're a 13-year-old boy when they really are a 45-year-old male who is trying to develop a relationship with the child. And, of course, they start grooming the children to either think that they're in a relationship with them or start bullying them or harassing them in order to provide those actual images."

The sextortionists then develop a relationship and gain the trust of the victims. They attempt to use that trust to get explicit photos and videos.

Another form of sextortion is when an ex-boyfriend or ex-girlfriend uses explicit photos or videos sent during their relationship to blackmail the victim now that the relationship is over, Harper said.

"You may think that you are in a great relationship and this relationship is going to last forever, but a lot of relationships go sour and then you just have lost control of those images," Harper said. "Never send compromising images or videos of yourself to anyone, no matter who they are or who they say they are."

Hacking is also used by sextortionists.

The sextortionists will hack into computers, smartphones or other devices with cameras to get photos and videos saved on the device. They will also hack the video cameras on the devices to record the victims without their knowledge.

Sextortionists will then demand money once they have the explicit material. They promise if the victim pays the money they will not post the material online or show it to family members and co-workers, Harper said.

Sextortionists also will demand more explicit material be sent to them, which creates a cycle of blackmail that does not end for the victim.

"They may have young children trying to groom their siblings or do inappropriate acts with their family pets," Harper said. "Anything more just to keep the vicious cycle of the blackmail to continue."

The FBI recommends victims do not pay any money to sextortionists because there is no guarantee the criminals will actually delete the photos or videos, and they could come back later and demand more money, Harper said.

"It has devastating effects to our victims on all walks of life," Harper said. "Our victims are not just females. They're not just minors. They're adults. They're juvenile boys. It goes across the entire spectrum and it's very easy to become a victim out there."

Eleven of the West Texas cases involved people younger than 20 years of age.

"There may be a lot of teenagers and young children that are not reporting it," Harper said. "We can see that this abuse will go on for months, for years, until finally they (victims) say something and feel comfortable, have had enough or somebody finds out and helps them with the situation."

There were six cases involving people between 50 to 59 years old being sextorted, while 10 cases were reported of people 60 years old and above falling victim to sextortionists, Harper said.

"Just sending one inappropriate image to another person online can be the catalyst for a whole sextortion event," Harper said. "Remember, if you are a current victim, you are not alone. There are thousands of individuals across the nation that are suffering from this, but we ask that you come and seek help, and report it to your local law enforcement or the FBI."

She continued: "You may not feel comfortable, but don't let the shame or the embarrassment or the fear prevent you from seeking help. Here at the FBI, we will work with the victims, we will keep it private and we will work with you to try to fix the situation."

Never send compromising images or videos of yourself to anyone.

Be wary of anyone you encounter for the first time online.

Block or ignore messages from strangers.

Be aware that people can pretend to be anything or anyone online.

Be suspicious if you meet someone on one game or app and they ask you to start talking to them on a different platform.

Once a text message, photo or video is made public, you don't have any control over where it goes next.

Cover or block video cameras on electronic devices to avoid hackers from recording you. 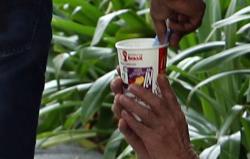