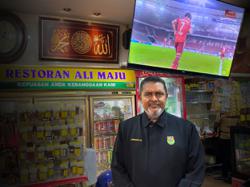 SINGAPORE: Four women and 13 men, aged between 24 and 61, have been arrested for their suspected involvement in the sales of illegal streaming devices valued at about S$500,000 (RM1.62mil).

During the operation, more than 2,500 sets of illegal streaming devices, which enable consumers to access unauthorised content from illegal sources online, were seized.

Those found to have infringed the Copyright Act by making, dealing, importing, distributing, or offering of devices or services to access works without the authority of copyright owners can be fined up to S$100,000 (RM325,502), imprisoned for up to five years, or both.

The police said they take a serious view of intellectual property rights infringement and would like to remind the public that the distribution and sales of illegal streaming devices are serious offences.

In May, The Straits Times had reported that illegal Android TV boxes that offer access to pirated online streams or content were on sale at Sim Lim Square, with at least seven shops peddling these boxes.

Many of these boxes were also found to be on sale on online marketplace Carousell, with sellers claiming that their listings were legal.

The EPL said it had worked closely with the police in preparation for the raid on Tuesday, including providing support on the day itself.

EPL general counsel Kevin Plumb said: “We welcome the recent amendments to the Copyright Act, which make the law in this area very clear; piracy is illegal.

“These raids reinforce the authorities’ commitment to tackling piracy and demonstrate that illegal operations will be removed.”

Acknowledging that the majority of football fans in Singapore watch the popular league legally, Plumb said EPL will continue to work with local authorities to target and take action against those offering illegal access.

Tuesday’s crackdown comes after the blocking of 99 web addresses, which had allowed users to illegally stream Korean drama content and sports, including the EPL.

Piracy is one of the areas that the EPL has been tackling since it opened its office in Singapore three years ago.

In October 2019, the EPL and other rights holders scored a landmark victory here against unauthorised sellers, when retail firm Synnex Trading was fined S$160,800 (RM523,407) in court over the sale of illicit Android TV boxes.

The sentencing came after a 22-month court battle that began in 2018.

Following the legal precedent and subsequent notifications sent to remaining vendors, EPL has seen a 80% reduction in sellers offering its content on illegal streaming devices in Singapore.

So far, it has blocked nearly 200 domains across websites and infringing apps in Singapore. – The Straits Times (Singapore)/Asia News Network How to start a WhatsApp chat without, ugh, creating a new contact
Where to turn off some of Windows 11's biggest annoyances
Exclusive-Twitter exec says moving fast on moderation, as harmful content surges
FTX's LedgerX attracts interest from Blockchain.com, Gemini- Bloomberg
Will Netflix and its rivals succeed in stamping out password sharing?
France's Macron discussed Twitter content rules in meeting with Musk
U.S. says Swiss engineering group ABB to pay over $315 million to resolve bribery case
From tweeting to 'tooting': The switch from Twitter to Mastodon
Activision Blizzard game testers vote to form union
Department of Homeland Security to probe cyber attacks linked to Lapsus$