Millions of citizen contributions from around the world are widening the scope of scientific research and making it more precise and consistent. — Photo by Piotr Cichosz on Unsplash

Whether diving off a private yacht in a remote latitude or having a quiet night in at home, citizens of the planet are contributing to the scientific study of climate change through extraordinary and also mundane ways.

Citizen science – which involves crowd-sourcing data for scientific research – got a boost during the early days of coronavirus pandemic lockdowns. As the skies cleared and cities went silent, people started to notice their impact on the world around them. And many of these casual observers – thanks to smartphones and Internet access – have found ways to add their findings to scientific work.

“Once you’re aware of the fragility of the environment, your next logical step is to do as much as you can to contribute to scientific knowledge,” said Jordi Regàs, a 51-year-old diver who, in his free time, contributes to marine research in Barcelona. “I don’t feel that what I’m doing will lead to any radical changes, but I do think that each of us can bring in a small contribution.”

Citizen science has blurred the boundaries that constrained professional science. Traditionally, scientists organise data-gathering campaigns, go back to their labs, analyse the information and publish their conclusions. But millions of citizen contributions from around the world are widening the scope of the research and making it more precise and consistent.

Regàs, who has logged over 1,700 dives, decided to join Barcelona’s Institut de Ciències del Mar Observadores del Mar programme in 2016, almost as soon as it launched. After all, he is president of the Universitat de Barcelona’s Biology Faculty diving club, which counts many of the scientists behind the project as members.

Now, his pictures of seaweed, soft corals, fish and even marine litter allow scientists at the institute to track the health of the Mediterranean flora and fauna, as well as to get alerts on the presence of invasive species. Amateur divers know the spots inside out and often are emotionally attached to the environment, so they notice changes before anyone else, he said.

“We’re now hearing about a new type of invasive algae from Asia, so similar to local species that can only be identified by taking a bite off it – apparently it tastes like ginger,” Regàs said. “So if I need to go and chew algae, I guess I’ll do it.”

Data generated by citizens is as reliable as information gathered by professional scientists, according to a paper published in May in Citizen Science: Theory And Practice. The study compared data gathered by amateurs and professionals during a campaign to measure algal coverage on rocky shores in the UK. Still, the paper recommended that when performing complex tasks, citizens should be trained, given clear instructions and the right equipment.

“Citizen science is a really powerful tool,” said Abigail Scott, a co-author of the study and a researcher at James Cook University in Cairns, Australia. “For it to work, it needs to be really engaging for people, to make them feel like it’s fun and they’re learning something, but also to make sure that the data is useful.”

Serious projects need to have at least one scientist involved. Like all other scientific research, they need to ask clear questions, outline the path to getting the answers and set specific goals. Communicating all of this to participants, as well as making the data publicly available after the study is over, helps with engagement, said Scott.

As an expert on seagrass, Scott helped design the Great Reef Census, a programme in which divers are asked to upload 20 random photos of Australia’s Great Barrier Reef. The images allow scientists to assess reef health – including coral bleaching and the presence of coral killers like the crown-of-thorns starfish – from touristic spots to the most remote, which can only be accessed on private yachts and research vessels. During the last campaign, citizens submitted over 40,000 photos of about 300 reefs.

“That’s why scientists are getting more keen on working with people, it means you can scale up your projects,” she said. “It opens a whole new world of possibilities that wouldn’t even be possible with a small team of scientists.”

And participation in the quest for knowledge doesn’t require a diving certificate or ability to travel to far-flung areas of the planet. Citizen science platforms like SciStarter in the US or EU-Citizen.Science in Europe filter projects by location and type of research, with dozens of options for people with all sorts of skills, anywhere in the world.

From the comfort of home, anyone with a smartphone can contribute to Globe at Night, which encourages people to take a picture of the nighttime sky and upload it into an app. More than 52,000 observations over five years have allowed scientists to find dark sky oases – areas undisturbed by outdoor lighting – to study light pollution and its impact on bats’ flight paths.

While some citizen science projects have been running for over a century, the pandemic in many ways forced non-scientists to see the natural world with a different perspective and inspired new ways for researchers to tap into this interest.

“We had this exceptional silence because there were no airplanes in the sky and no cars on the roads, so people were noticing the birds much more,” said Michael John Gorman, the director of the Biotopia – Naturkundemuseum Bayern, a natural history museum still under construction in Munich, Germany. “At the same time, we were keenly aware of the reduction in bird numbers – only in Germany, 15% of breeding pairs of birds disappeared in the past 12 years.”

In collaboration with scientists from the Max Planck Society, they built Dawn Chorus, an app that allows users to record birds singing an hour before and an hour after dawn. People are encouraged to record from the same place on different days, so the sound bites can be compared against each other. It’s an artistic project with a scientific aim, too, because bird song is an indicator of the ecosystems’ health, Gorman said. For now, ornithologists help identify different types of birds. But the next step is to develop artificial intelligence and machine learning tools.

Other projects have more immediate applications. Launched by researchers at Universitat Autònoma de Barcelona, in Spain, Mosquito Alert asks users to take pictures of mosquitoes in order to detect invasive species and help authorities prevent and plan for outbreaks of tropical diseases like dengue or Zika in Europe, which are expected to increase as the planet warms. The app has recently expanded to other countries including Italy, the Netherlands, Hungary and Austria and has about 14,000 users across Europe.

“It all happened spontaneously – users would complain through the app that mosquitos bothered them, that science was too slow and that no one was helping them,” said Aitana Oltra, a co-founder of the project. “So we got Barcelona’s public health agency involved and now they’re acting on this information.”

Also in Barcelona, Floodup gathers user pictures of flood events, which are also forecast to increase in frequency and intensity in the Mediterranean due to climate change.

“Citizen science is not just about people sending us data, it creates a space for us all to meet,” said Montserrat Llasat-Botija, a researcher at the physics department in Universitat de Barcelona and Floodup manager. “It means us scientists are not isolated in our labs, it allows us to know what people are concerned about, and to design research around that.”

To be sure, not everyone can equally participate in citizen science and that creates some caveats on findings. Many projects require access to technology, the need for a smartphone and an Internet connection – meaning contributions tend to come from more affluent areas – and not the ones that will suffer the most from the effects of climate change.

Ibercivis foundation in the Spanish city of Zaragoza aimed to bridge that gap with the Vigilantes del Aire project. Designed to reach people who don’t usually participate in citizen science, it distributed 10,000 strawberry plants across Spain. Because heavy metals in the air tend to get stuck in vegetation, particularly on the hairy leaves of strawberry plants, people were asked to care for them and to send a couple of leaves by post to scientists in Universidad de Zaragoza after three months. Then, biologists produced a scientific report that offers air pollution data of places where there are no or very few conventional sensors.

Participants on the project included not only dozens of elders living in aged care homes across the country, but also female inmates at the Albolote Penitentiary Center in Granada, southern Spain.

“We need to stop thinking about citizens as people who have no idea,” said Francisco Sanz, executive director at Ibercivis. “People are interested and, when given the chance, they can find the evidence that researchers need to really change things.” – Bloomberg

New app urges people to report shark sightings in US 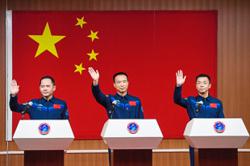 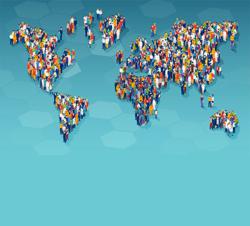