New app urges people to report shark sightings in US 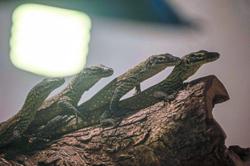 A great white shark swims past a boat on a shark watching boat off the Massachusetts' coast of Cape Cod on Aug 17, 2021. The New England Aquarium and an environmental group are launching a project to use data collected about white shark sightings via an app to make beaches more safe. — AP

As great white sharks start to arrive along the Cape ahead of the summer, a new program will be urging people to report any white shark sightings off the Massachusetts coast.

The Atlantic White Shark Conservancy and the New England Aquarium on May 17 announced that they’re partnering on an initiative that encourages residents and visitors to report shark sightings off Cape Cod through the Conservancy’s Sharktivity app.

The Conservancy is contracting the Aquarium to employ a local citizen science coordinator who’s responsible for verifying shark sighting reports made by the public through Sharktivity – and documenting accounts of shark-seal interactions or other predatory behaviour.

The coordinator – Massachusetts-based shark expert John Chisholm, who is with the New England Aquarium and who has been tracking shark sightings for many years – will also submit white shark photos and videos from the public for the Conservancy’s White Shark Logbook.

“This is really something I’ve been doing for years already, and formalising it a bit,” said Chisholm, who runs the “MA Sharks” Twitter account. “If you’ve been following Sharktivity or my social media, you know a big thing I try to do is get the message out about shark sightings and alerts.

“This is continuing that with a wider opportunity to work with the Conservancy and Aquarium to spread the word on shark sightings, and make people aware that they can contribute information on sightings and seal predations,” he added.

Sharktivity provides information and push notifications for alerts about white shark sightings, detections and movements. The app sightings are input by researchers, safety officials and users who upload photos for confirmation.

By enabling app users to report shark sightings and upload photos, the Conservancy is gathering information on where sharks are spotted to minimise encounters and promote safety. Data from sharks with acoustic tags and Smart Position and Temperature Tags (SPOT) are also available on the app.

“The New England Aquarium is one of the nation’s premier institutions dedicated to marine life conservation, education and research, and our collaborative effort will enhance rapid and accurate confirmation of white shark sightings reported through Sharktivity,” Cynthia Wigren, CEO and co-founder of the Atlantic White Shark Conservancy, said in a statement.

“Citizen scientists play a crucial role in the Conservancy’s mission to educate the community and improve public safety, and we rely upon and value their sighting data reported through the Sharktivity app,” Wigren added.

The citizen science coordinator will also work with the public to promote awareness of non-white shark species, including skates and rays, which inhabit New England waters and are often misidentified. – Boston Herald/Tribune News Service

Why drone fishing is a real threat to biodiversity 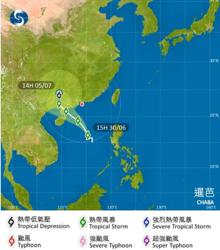 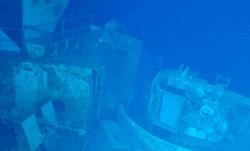