The pair, who have not been publicly identified, met on Plenty of Fish, an online dating site, and were on a date near a boat launch in Providence, on Sept 25 when the incident occurred, according to WLNE, a local television station. — AFP Relaxnews

A driver with a female passenger steered the vehicle they were in, into a river in Rhode Island after an argument took place between them, according to officials.

The pair, who have not been publicly identified, met on Plenty of Fish, an online dating site, and were on a date near a boat launch in Providence, on Sept 25 when the incident occurred, according to WLNE, a local television station.

The man allegedly became upset with the woman and purposely drove a red Toyota Camry into the river, according to the outlet. The woman, who can be heard screaming in surveillance footage obtained by the outlet, opened the passenger side door, swam back to land and fled.

Reports of a vehicle in the water were received by police shortly before 6am. Officers responded to the Gano Park Boat Launch and encountered a “woman in wet clothes” who said she was a passenger in the vehicle, according to local station WPRI.

The Gano Park Boat Launch is a concrete ramp intended to provide river access to boats, according to a state website. The river is over 1,000 feet wide at the boat launch.

The fire department dispatched a team to search the water for the man, but they were called off because he was spotted walking on a bike path by a security camera, according to WPRI.

The woman was taken to a nearby hospital and did not appear to have any serious injuries, according to WLNE. The incident remains under investigation.

The Providence Police Department did not immediately respond to a request for comment from McClatchy News.

The app where the pair initially met, Plenty of Fish, was launched in 2003 and has millions of American users, according to Statista. – The Charlotte Observer/Tribune News Service 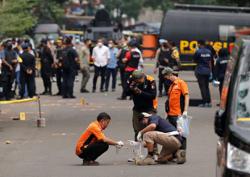