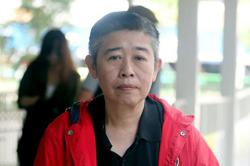 The prosecution said Poh’s case involved the largest scale of ecommerce fraud committed by an individual to date in Singapore. — Family photo created by jcomp - www.freepik.com

The prosecution said Caine Poh Zhenlong’s case involved the largest scale of ecommerce fraud committed by an individual to date in Singapore.

Another nine charges, including one count of cheating involving some S$21,000 (RM67,274), were considered during sentencing.

Poh will spend an additional 10 weeks behind bars if he is unable to pay the fine.

ALSO READ: At least 72 victims in phishing scam on Carousell since Jan, losing over S$109,000

The court heard that Poh came across news articles in 2018 on victims who had been cheated on Carousell. He decided to commit similar offences and registered multiple Carousell accounts.

As the registration process for a Carousell account required a mobile phone number, Poh posted on multiple Facebook groups to ask if anyone needed a job.

After receiving responses, he told the jobseekers that he needed their mobile phone numbers, which he then used to register the Carousell accounts.

He also asked the jobseekers for the one-time-password that was sent to their devices to register the accounts.

Poh then told the jobseekers to wait for his response but did not get back to any of them.

To carry out his scam, Poh posted advertisements on Carousell purporting to sell various products. Most of them were tickets to attractions, particularly Universal Studios Singapore as he had noticed many people were looking to buy them on the platform.

Deputy Public Prosecutor Ng Shao Yan told the court: “As part of his deception, the accused sent some of the victims fake tickets by email. He created these tickets by retrieving images of the tickets from the Internet and editing the ticket details.

“Thereafter, he sent the edited tickets to the victims and informed them that they were valid etickets.”

After deceiving his victims, Poh instructed them to transfer money to bank accounts belonging to online casinos which he frequented.

He then gambled with the money and transferred his winnings to bank accounts belonging to his mother and late father, which he had full control of.

Defence lawyer S. Balamurugan told the court on Wednesday that his client cheated his victims to fuel his gambling habit. Citing a medical report, he said Poh has a severe gambling disorder, which contributed to his offences.

Poh has not made any restitution to his victims.

For each count of cheating, an offender can be jailed for up to 10 years and fined. – The Straits Times (Singapore)/Asia News Network

1,098 people in SG lose at least S$4.5mil to scammers pretending to be friends