Binge-watch much? Streaming doesn’t have to be an energy-hog One more episode? It only takes a few clicks to make streaming more energy-efficient. — dpa

BERLIN: No-one wants to give up watching movies from the sofa whenever you want – or binging three seasons in a row of your favourite show. But streaming consumes a lot of energy and not just in your home.

Before you can stream something at home, data centres are needed to store and make available the audio and video content. And these centres are real energy guzzlers.

One hour of video streaming in Full HD resolution requires a total of 220 to 370 watt hours (Wh) of electrical energy, depending on the end device used, the Berlin-based Borderstep Institute calculated in 2020.

If you want to reduce your electricity bill, you can make streaming more energy-efficient with just a few clicks, namely by turning off autoplay.

You might know this feature from when you've fallen asleep in front of the TV, realizing that you're already in season 3 when waking up again. Switching off autoplay isn't only an option on streaming services, but on social media platforms and browsers too.

Another great way to save some power is scaling down the image resolution, for example from Full HD to 720p or 480p. While you will hardly notice the difference, it will cut the energy expenditure.

In addition, when listening to music, most of us don't even pay attention if there's a video. But streaming video consumes more energy than audio so it's better to use music streaming services instead of video streaming ones when playing music.

As a general rule, it's more economical to download music to your computer and smartphone than streaming the same tracks over and over again. If you use your smartphone instead of your laptop to play content, you can also save energy as devices with large screens consume more power than smaller devices. Streaming clips on a big TV screen is therefore not the best idea.

It's also better to use wifi or a LAN cable for streaming as they use less energy than a cellular internet connection. – dpa 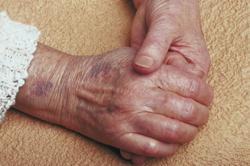