Given the new realities, Tencent executives have said that international games, cloud software and WeChat video will be their major strategic priorities. — AFP

Tencent Holdings Ltd logged its first-ever revenue decline after its workforce shrank almost 5%, underscoring the extent to which China’s worsening economy is hurting its biggest corporations.

The country’s most valuable company recorded its first quarterly drop in staffing since 2014, as layoffs rippling through the global tech sector finally hit the WeChat operator. Revenue fell a deeper-than-projected 3% to 134bil yuan (RM88.32bil) while net income also missed estimates, plunging 56% to 18.6bil yuan (RM12.25bil) in the June quarter.

Tencent is grappling with a deepening downturn in the world’s No. 2 economy, the product of a property slump and ad-hoc coronavirus lockdowns from Shanghai to Shenzhen. The uncertainty is wreaking havoc on businesses from advertising to cloud computing and gaming. Alibaba Group Holding Ltd this month reported its first quarterly revenue drop on record, though the results were better than feared.

Despite the pressures, there were some positive indicators. Online advertising revenue slid a record 18% in the quarter, but that was better than analysts feared. And adjusted net income of 28.1bil yuan (RM18.52bil) was about 15% above expectations. Shares in Prosus NV, one of Tencent’s biggest backers, slid more than 1% in Europe.

“Tencent has tightened its belt as the Chinese tech industry embraces a downturn,” said Willer Chen, an analyst at Forsyth Barr Asia Ltd. “The company’s performance now largely depends on its progress on cost control and operation optimisation.”

Even before the macroeconomic turbulence, China’s giant Internet industry had resigned itself to a new era of sedate growth after a decade of free-wheeling expansion. Companies like Tencent are focusing on profitability over the market-grab of years past, after a sweeping government crackdown wiped more than US$1 trillion (RM4.45 trillion) off their combined market value in 2021.

Beijing remains a headache for Tencent. Although regulators resumed approving games in April after a months-long hiatus intended to curb addiction, China’s premier developer has yet to win a nod for a single title this year. For now, it’s counting on aging cash cows like Honor Of Kings to spur its most lucrative business, while fighting newer hits like Genshin Impact and Diablo Immortal.

The company, which once relied on a network of investments spanning hundreds of firms to create opportunities and new markets, has since last year signalled it will begin selling down stakes in major Chinese Internet investee from ecommerce giant JD.com Inc to Meituan.

Given the new realities, Tencent executives have said that international games, cloud software and WeChat video will be their major strategic priorities. The TikTok-style feed inside Tencent’s super-app is the company’s latest hope of countering ByteDance Ltd, which is increasingly luring away users and marketing dollars.

“Tencent is delivering on what management described as a ‘new industry paradigm’ two quarters ago – where growth slows but margins improve,” said Vey-Sern Ling, an analyst at Union Bancaire Privee. “Shifting away from reckless expansion and aggressive marketing should be taken positively for the industry as a whole.”

The fintech and business services segment – which includes cloud computing – is now Tencent’s fastest growth engine. But cloud revenue suffered a mild decline after the company cut loss-making contracts and ventured into services beyond infrastructure, executives said in May.

Just like Mark Zuckerberg’s Meta Platforms Inc, Tencent is staking its claim of a possible future of the virtual realm of the metaverse. The Chinese company has revamped its aging social app QQ with customisable 3D avatars and Unreal Engine graphics, and is hiring developers to make open-world titles. But such endeavours, along with a steady pace of investment in overseas game studios, could pressure margins before they come to fruition.

“During the second quarter, we actively exited non-core businesses, tightened our marketing spending, and trimmed operating expenses, enabling us to sequentially increase our non-IFRS earnings, despite difficult revenue conditions,” Tencent co-founder Pony Ma said in a statement. That “should position us for revenue growth as China’s economy expands”. – Bloomberg

Subscribe now to our Premium Plan for an ad-free and unlimited reading experience!
Internet Technology China 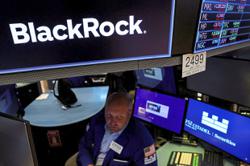