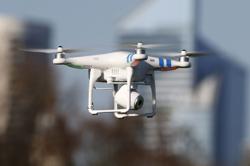 Samsung Electronics revealed its latest generation of foldable smartphones at the Galaxy Unpacked event, showing off the Z Fold 4, which is available in three colours – Phantom Black, Gray Green, and Beige – and the Z Flip 4, which comes in four colours – Bora Purple, Graphite, Pink Gold, and Blue.

Exclusive versions of the Fold 4 and Flip 4 will only be available on Samsung.com/my, with the Fold 4 coming in Burgundy, and the Flip 4 in a Bespoke Edition that lets users customise the device from a selection of colours, allowing for up to 75 unique combinations.

Do note that the delivery for the Bespoke Edition will take between three and four weeks.

The Fold 4 has a 50-megapixel wide-angle sensor, a 12-megapixel ultra wide sensor, and a 10-megapixel telephoto sensor on the back.

It also has a front-facing 10-megapixel selfie camera.

As with the previous generation, the Fold 4 retains a 4-megapixel sensor under-display camera. Samsung has addressed user feedback on the visibility of the sensor by increasing the pixel density of the display, concealing it better.

The Flip 4's rear shooters include a dual-camera system – a 12-megapixel ultra-wide camera and a 12-megapixel wide-angle camera – along with a 10-megapixel front-facing selfie camera.

The foldables are powered by a Snapdragon 8+ Gen 1, with the Fold 4 having a 7.6in main display and a 6.2in cover screen.

Both devices have thinner bezels than the previous generation, a refresh rate of 120Hz, and an IPX8 rating for water resistance. Both the Burgundy variant of the Fold 4 and the Bespoke Edition of the Flip 4 are available exclusively on Samsung’s website.

The Flip 4 Bespoke Edition has 256GB of storage and carries a RM4,599 price tag.

The South Korean electronics giant acknowledged that price is a concern for those looking to get a foldable device, announcing that its trade-in programme now accepts devices in any condition at both online and offline Samsung Experience stores.

All Galaxy devices will be eligible for trade-ins with a guaranteed minimum value depending on the model, even if they have a cracked screen or other physical defects.

Up to five devices can be traded in at a time, including non-Samsung brands. 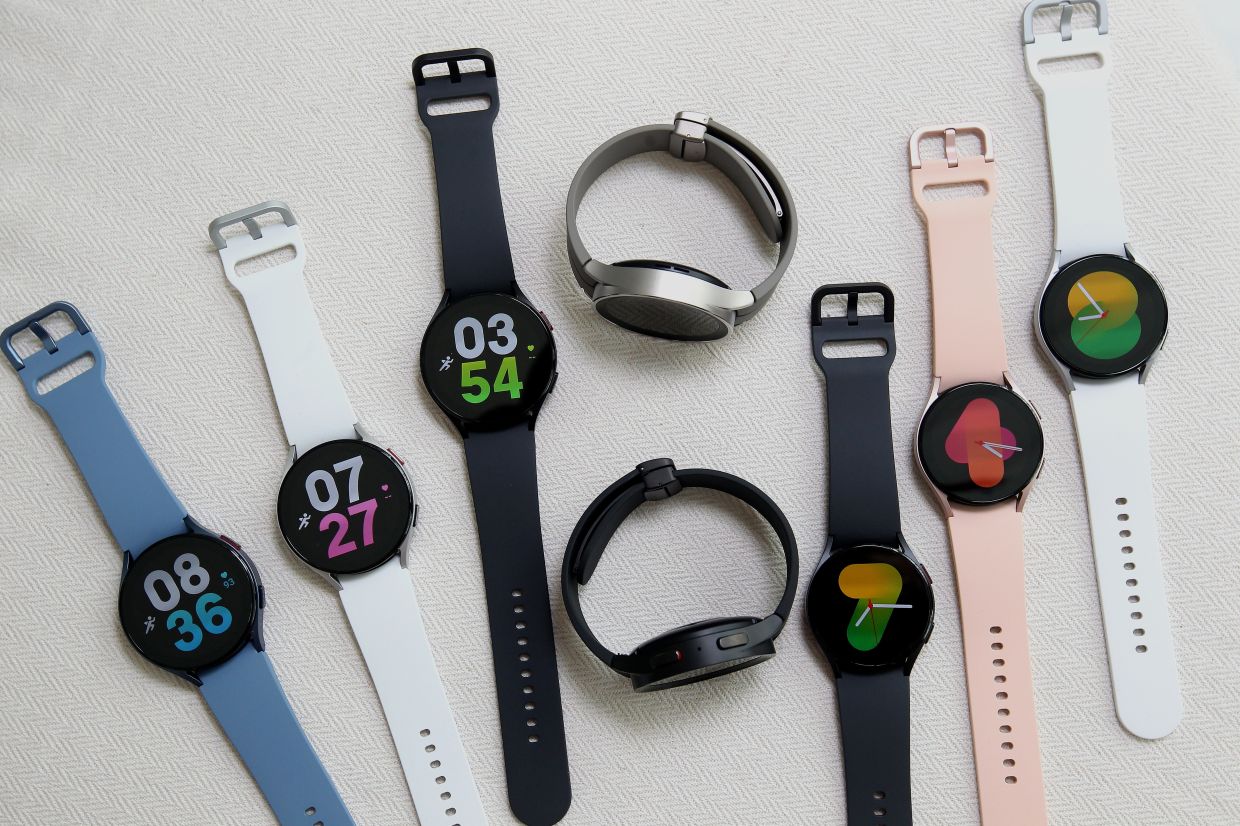 The Watch 5 Pro smartwatches (centre, side shot) are flanked by the Watch 5 40mm and Watch 5 44mm, which sport sapphire crystal displays.

The Watch 5 comes in two sizes – 40mm, which is available in Graphite, Pink Gold, and Silver; and 44mm, which comes in Graphite, Sapphire, and Silver. Both sizes have an aluminium body and are priced starting at RM1,099 for the Bluetooth version.

Samsung says the smartwatches were designed to help shape healthy habits, with features that provide recommendations and coaching based on daily stress levels and sleep habits.

Both the Watch 5 and Watch 5 Pro will sport sapphire crystals, making them significantly more scratch resistant than the previous generation's Gorilla glass.

The devices also include features such as turn-by-turn navigation and SmartThings integration.