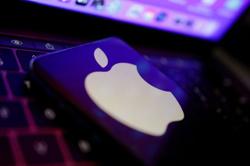 Google offers the Switch to Android tool in Apple's App Store, which allows you to transfer photos, videos, messages, contacts and appointments from an iPhone to a new Android device. — dpa

BERLIN: If you switch from an iPhone to an Android smartphone or vice versa you don't want to lose all your precious data such as photos and chats in the process.

Fortunately there are apps for both operating systems that help to make it a fairly seamless transfer.

Google offers the Switch to Android tool in Apple's App Store, which allows you to transfer photos, videos, messages, contacts and appointments from an iPhone to a new Android device.

Free applications downloaded from the App Store are also supposed to find their way to the new Android phone via the Google app when your devices are connected using a Lightning to USB-C cable.

In addition, the app provides tips for a successful switch, such as to deactivate iMessage so that future text messages aren't lost. The transfer should work on any smartphone running on any operating system from Android 12.

If you're going the other way, from Android to iPhone, there's Apple's Move to iOS app, which is available for download in the Google Play Store. It establishes a WiFi connection between the two devices to transfer data. The supports any device running on at least Android 5.

The app can also be set to automatically install apps used on your old device on your new phone, provided they are free and available in the App Store. Data from the apps can also be transferred. – dpa

How to locate a smartphone that’s lost or stolen

Google to allow app developers to use rival payment systems, to cut fees

Subscribe now to our Premium Plan for an ad-free and unlimited reading experience!
Smartphones Technology Internet 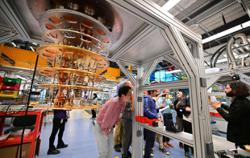 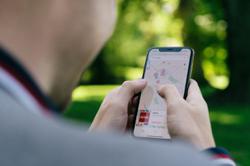