Water and smartphones don’t usually get along so well. Here’s how every iPhone owner can prepare for the inevitable splash of water. — dpa

MUNICH: Dropping your iPhone into water is particularly bad news for older devices. That’s because only models from the iPhone 7 onwards are explicitly protected against water penetration.

iPhones that came onto the market up to spring 2016 don’t have certified protection against moisture (IP certification). That includes models such as the iPhone 6, the 6 Plus and 6S, and the first-generation iPhone SE.

ALSO READ: To fix, or not to fix: When it comes to cellphones, that’s often the question

At the same time, Apple says the water protection levels of newer iPhones can still fail if the seals protecting the electronics have been damaged by falls, exposure to heat or prolonged use.

Fortunately a dunking doesn’t necessarily mean your phone is finished, provided you know smartphone first aid: First of all, turn off the device immediately and then try to dry it out.

ALSO READ: Working iPhone 11 returned to owner nearly six months after it fell in a lake

But don’t use a microwave, an oven or a radiator. Hair dryers are also unsuitable. If you do any of those things, in the worst case scenario the components can heat up too much, destroying the battery and forming condensation inside the device.

Instead, you should place the device in an airtight bag filled with dry rice for about 72 hours. After that, you can try to turn on the iPhone again.

Newer devices (iPhone 7 and up) in good shape can generally be used again immediately after a water accident, according to iPhone specialists at industry website Macwelt. If you gently tap these phones out on your hand with the Lightning connector side down, most of the water will come out.

ALSO READ: After getting wet, smartphones can show damage weeks after the fact

However, you shouldn’t charge a wet iPhone for about five hours, to allow the Lightning connector port to dry out completely.

Whether the device is new or old, if the iPhone is defective after a water accident owners can’t claim on the warranty, and Apple has explicitly pointed out that liquid damage is not covered. – dpa

Call to care: Expert tips on how to avoid damaging your phone

Did your smartphone catch a chill? Here’s what you need to do

Subscribe now to our Premium Plan for an ad-free and unlimited reading experience!
Smartphones Technology 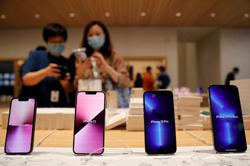