Ford has no plans to leave his steady job at Burger King. The only way he would leave Burger King behind is if he had the opportunity to make music, which is his dream job. — Screengrab from YouTube

Who can say they haven’t missed a day of work in more than 27 years?

Well, one employee can and because of what many considered a lousy goodie bag he received for his commitment to the job – which was captured in a now viral video – the job offers are rolling in from across the country.

According to TMZ, Burger King employee Kevin Ford – who hasn’t missed a day of work in more than 27 years and went viral after posting a video of the gift bag he received for his work anniversary – told the outlet potential employers have been reaching out left and right, offering a wide range of career opportunities.

Ford isn’t exaggerating when he detailed the long list of jobs being offered to him.

According to the outlet, Ford is based in Las Vegas and mentioned a job offer from a company that restores classic cars, but ultimately turned it down because it wasn’t his thing. Then he said an employer reached out to him all the way from Charleston, SC, where a manager at a beachside restaurant told him it would be an honour to work beside him.

Ford turned that opportunity down also.

Ford says a woman from Texas who specialises in resumes reached out and offered to craft him a new resume.

Who knows if he took her up on that offer?

Ford even has real-estate agents in Las Vegas reaching out to him and offering to help buy him a new home, with one offering to give up half his commission to close a deal.

But in the end, according to the outlet, Ford has no plans to leave his steady job at Burger King. The only way he would leave Burger King behind is if he had the opportunity to make music, which is his dream job.

For what it’s worth, Ford is a lucky man. – pennlive.com/Tribune News Service 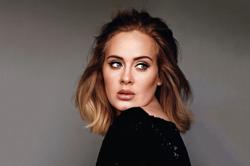