Singapore police said on Tuesday (June 28) that it had received multiple reports between March and this month from victims who were purportedly cheated by an online seller who had advertised the sale of car accessories. — Prison photo created by rawpixel.com - www.freepik.com

SINGAPORE: A 28-year-old man has been arrested for his suspected involvement in a series of ecommerce scams involving the sale of car accessories.

The police said on Tuesday (June 28) that it had received multiple reports between March and this month from victims who were purportedly cheated by an online seller who had advertised the sale of car accessories.

After the victims made payments via bank transfers, the seller allegedly failed to deliver the items purchased.

According to preliminary investigations, the man is said to be involved in other similar cases, said the police.

He will be charged in court on Tuesday with cheating. If convicted, he faces a jail term of up to ten years and a fine.

The police advised members of the public to purchase only from authorised sellers or reputable sources, especially for high-value items.

People should also opt for buyer protection by using in-built payment options that release payment to the seller only upon delivery. Whenever possible, they should avoid making advance payments or direct bank transfers to the seller.

Scammers could also entice buyers to contact them directly through messaging platforms such as WhatsApp or WeChat by offering a better or faster deal if bank transfer payments are made directly to them.

To make the buyer believe that they are genuine sellers, scammers may also use a local bank account or provide a copy of a NRIC/driver’s licence. – The Straits Times (Singapore)/Asia News Network

S’porean jailed for using identities of two, including Riot Games co-founder, to get over S$7mil of cloud services 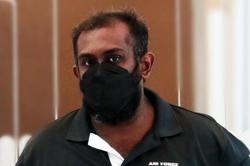