S’porean jailed for using identities of two, including Riot Games co-founder, to get over S$7mil of cloud services

Ho at the State Courts in May. He had impersonated two people to deceive Amazon Web Services and Google. — KELVIN CHNG/The Straits Times/ANN

SINGAPORE: A Singaporean impersonated two people to deceive Amazon Web Services (AWS) and Google into providing about US$5.4mil (S$7.5mil or RM23.78mil) worth of cloud computing services so he could run a large-scale cryptocurrency mining operation.

Ho Jun Jia, 32, who had illegally obtained their personal information on the Dark Web, was sentenced to 10 years’ jail on Thursday (June 23).

One of his victims was Marc Merrill, the American co-founder and co-chairman of Riot Games, known for developing popular games such as League Of Legends and Valorant.

Ho had used Merrill’s details to open an account on AWS and charged about S$7mil (RM22.19mil) to the latter’s American Express (Amex) card for cloud computing services to mine for cryptocurrency.

Another 15 similar charges were taken into consideration for his sentencing.

He is out on a S$180,000 (RM570,723) bail paid for by his father after District Judge Brenda Tan allowed him to defer serving his sentence by a month to settle his personal affairs.

Ho’s case was first reported in October 2019, when the United States Department of Justice issued a statement saying he had been charged with federal crimes including wire fraud and aggravated identity theft.

In 2017, he forged US driving licences for others using Photoshop and offered them on a Dark Web forum. In return, the forum owner gave him the names, addresses and credit card details of 70 people.

Merrill’s name caught Ho’s attention as he knew of the developer’s association with Riot Games.

He was able to get Merrill’s username and password to his Amex account. Upon logging in, he changed the email address to a similar sounding one and took control of the account.

Ho then used Merrill’s details to register for a new account with AWS.

On at least 40 occasions between November 2017 and January 2018, he used Merrill’s Amex card to purchase about US$5.2mil (RM22.90mil) in cloud computing services.

He persuaded AWS to continue providing the services even after not paying a bill worth US$1.8mil (RM7.92mil).

He also used Merrill’s details to register and buy cloud-computing services worth around US$250,000 (RM1.10mil) through the Google cloud platform.

Merrill ultimately did not lose any money as the services refunded the payments.

Ho went on to run the same scheme with AWS using the details of a man named Harold Borland, cheating the company into providing US$21 (RM92) worth of cloud computing services.

Ho was also convicted of drug offences in 2019 for taking methamphetamine.

In sentencing, District Judge Tan said he had illegally obtained a massive value of services through the use of stolen identities.

“Given the magnitude of his offending, the extent of harm caused and the sophistication employed, deterrence is the dominant sentencing consideration,” she said.

The district judge noted that he had not made any restitution to his victims.

For cheating by personation, Ho could have been jailed for up to five years and fined.

For each count of unauthorised access to computer material, Ho could have been fined S$5,000 (RM15,856) and jailed for up to two years. – The Straits Times (Singapore)/Asia News Network

Jail for woman in SG who created fake persona on matchmaking website and cheated suitor of S$4,750 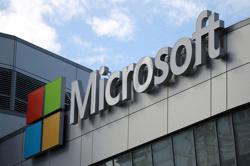 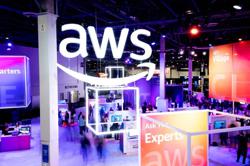