Is 'Fearless Girl' the new symbol of women in the world of crypto? 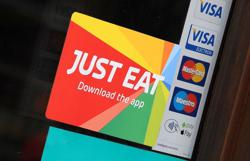 The Fearless Girl statue was first unveiled in 2018. — AFP

The famous "Fearless Girl" statue, located in front of the New York Stock Exchange, is getting its own series of NFTs to promote the place of women in the cryptocurrency industry. The new initiative is designed to bring more women into this sector, which to date is still largely dominated by men.

Is the world of cryptocurrency an echo of the financial industry, which remains subject to 'bro culture'?

To combat these stereotypes and help bring more women into the realm of digital currencies, the sculptor behind the "Fearless Girl" statue in New York, Kristen Visbal, is releasing her work in an NFT version. With fists on her hips and a determined look in her eyes, the "Fearless Girl" has become a widely recognised symbol over the years in the struggle to eliminate inequalities between women and men, particularly in leadership and finance.

Kristen Visbal decided to release this digital series to "encourage women to invest in this new and exciting financial space," which suffers from a "cryptocurrency gender investment gap." It's difficult to get exact figures on this gap although the Coin Telegraph recently estimated that only 5% of women own NFTs. Meanwhile 84% of NFT creators and other blockchain artists are male, according to ArtTactic. So women are largely underrepresented in this new tech industry. But new projects may go some way to changing that.

Focusing on accessibility for women

Unlike numerous NFT or cryptocurrency projects based on investment or profitability at any cost, many women are getting involved in projects with a social dimension. For example, the World of Women (WoW) project supports many causes and associations through NFTs. Instead of the heads of mutant monkeys or pixelated men, the series features portraits of women from different cultures.

Recently, the metaverse The Sandbox launched the WoW Foundation with the goal of making the NFT and metaverse industry more accessible to women.

Other initiatives, such as Boss Beauties, provide educational programs for young women around the world. Girlies, created by a 54-year-old female artist, is having some success with a portion of the proceeds going to the Malala Fund. The goal is to attract more girls to blockchain and non-fungible tokens.

The world of blockchain, metaverse and cryptocurrency is still a mostly male environment. However, the anonymity provided by these networks could allow some female artists to find greater financial success. In a study cited by The Economist in 2019, four European academics found that artworks made by women sold for 42% less than those made by men. The digital system of blockchain could, in a sense, remove certain barriers like social class or gender inequality. – AFP Relaxnews