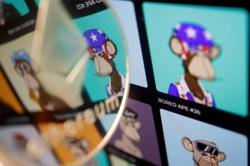 The NFT craze, just over a year old, has given the world works that have sold for millions and includes collections from the ‘Bored Ape Yacht Club’ to an image of a naked Donald Trump following his 2020 election defeat. This booming world of digital assets has opened up a new market into which tens of billions of dollars have been poured, while also provoking discussions about how they could be useful in the real world. — Bloomberg

NEW YORK: NFTs have been called everything from fads to outright scams, but early adopters see a future for them as uniquely useful tools for business, health and the arts that goes beyond mere digital collecting.

The non-fungible token (NFT) craze, just over a year old, has given the world works that have sold for millions and includes collections from the “Bored Ape Yacht Club” to an image of a naked Donald Trump following his 2020 election defeat.

This booming world of digital assets has opened up a new market into which tens of billions of dollars have been poured, while also provoking discussions about how they could be useful in the real world.

“Most of them are just monkeys or apes or whatever that do nothing,” agreed Juan Otero, CEO of Travala, an online travel site, in reference to the famous “Bored Apes”.

Yet there is a class of the digital assets bridging the real and virtual worlds.

Starbucks, which will soon launch its own NFTs, sees them as a “programmable, brandable digital asset, that also doubles as an access pass”.

Owning one of the coffee giant’s NFTs, will open access to “unique experiences”, as well as to a “community”, a new vision of a loyalty programme, based on the blockchain.

This technology, on which cryptocurrencies and NFTs are based, allows the same token to be used for different applications.

On the institutional side, the tiny republic of San Marino, nestled within Italy, launched a coronavirus vaccine passport in July that incorporates NFT technology.

While the European digital Covid certificate was designed for the European Union, this passport was intended to be able to be verified anywhere, without requiring a dedicated mobile application.

Credenza, for its part, is in discussions with sports teams and leagues to set a multi-purpose vision for NFTs.

NFTs and blockchain are “accessible by multiple worlds whether you are physically at the arena ready to go see a New York Knicks game, or you’re ready to go to the metaverse and you want to see a concert there”, said Khaund.

Jenn McMillen of marketing firm Incendio cited rock band Kings of Leon, which have integrated the technology into their work.

As part of the NFT release of their album When You See Yourself, the group issued eight “golden tickets”, each of which guaranteed four front-row seats on all of the band’s future tours.

“If you were a brand, think of the most desirable experiences, the most insider-y access, or something that was guaranteed to go viral and just start working backwards from there,” McMillen said.

“(It’s) guaranteed insanity because of the scarcity,” she added.

Among the most successful examples is the travel booking platform Travala, which claims more than 300,000 monthly active users.

The site, which was already accepting cryptocurrency payments, launched the Travel Tiger loyalty programme in January.

On the surface, each of the NFTs distributed to existing customers of the platform is a digital drawing of a tiger, reminiscent of the “Bored Apes” designs.

But associated with it is a series of privileges, from entry to exclusive events, in the real world and the metaverse, discounts or loyalty points.

“It’s about retaining these users, making sure that these users continue to use the platform,” said Juan Otero, CEO of Travala.

“For these to really push to mainstream and more traditional corporate players and so on, we’ll probably have to wait another two to three years,” he added.

Regardless, NFTs, in conjunction with growing interest in the metaverse and a decentralised vision for the Internet’s future, dubbed web3, are part of building wave of growth.

“The next wave, when it comes, I think is going to be unprecedented,” Otero said. – AFP

How to avoid ‘rug pulls’, the latest cryptocurrency scam 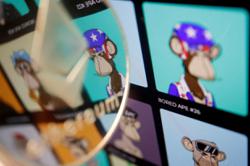 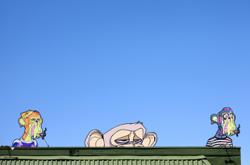 US video game developer admits 'Star Wars' game on Nintendo Switch is broken
India plans safety rating system for passenger cars
Why several calculator apps on your partner’s phone could be cause for suspicion
Your USB-C cable can charge your phone plus many other things too
Wrist-worn health trackers could spot Covid-19 before symptoms appear
5G yet to be adopted by vast majority of phone users, research shows
‘Diablo Immortal’: Hack-and-slash fun for patient mobile gamers
Telegram launches paid subscriptions for users who want more features
U.S. crypto firm Harmony hit by $100 million heist
Apple ready to bargain with its first U.S. store to unionize: source