A globally unique trial will soon be getting underway in Michigan, with the creation of a 60-kilometer-long corridor specifically dedicated to autonomous vehicles. The idea is to provide them with all the infrastructure necessary to ensure optimal interconnectivity, as well as perfectly safe and fluid traffic.

Cavnue is in charge of this first-ever connected corridor project between downtown Detroit and the university town of Ann Arbor. Cavnue is an entity founded by Sidewalk Infrastructure Partners (SIP), which counts Google parent company Alphabet as an investor, alongside OTPP and StepStone. Through its Waymo subsidiary, Google has been involved in the development of fully autonomous vehicles for over a decade.

In collaboration with the Michigan Department of Transportation, Cavnue has set out to develop a dedicated corridor for autonomous vehicles. The first vehicles to be allowed in this corridor are expected to be smart buses and shuttles.

Autonomous cars for private use won’t be allowed in just yet. In any case, the goal is to improve the accessibility and safety of these vehicles while controlling network congestion.

This type of corridor will have to coexist with classic roads, bearing in mind that this section will operate using a part of the Interstate 94 highway.

This is a huge project because it involves setting up the most “advanced” road in the world, combining innovations both in physical infrastructure – with the installation of charging stations and even an induction system placed directly under the road – and in digital infrastructure, to connect all the vehicles.

It will be necessary to have tools for analysing and sharing traffic data in real time in order to provide proactive advice to all vehicles in the lane. Then, a digital twin of the system will need to be built.

The concept of a digital twin involves recreating, in virtual form, an existing infrastructure system, in this case a road network.

If this project is successfully completed, the creation of other corridors could be envisaged, this time dedicated to goods transport with autonomous trucks. – AFP Relaxnews 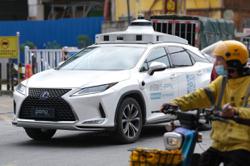 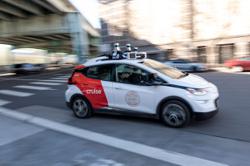