In Texas, driverless trucks are set to take over roads

A truck driven by Moscoso is prepared for departure for Houston, Texas. Before driverless trucks are allowed onto roads and highways, however, multiple tests must still be conducted to ensure they are safe. — AFP

HOUSTON: A giant 18-wheel transport truck is barrelling down a multi-lane Texas highway, and there is no one behind the wheel.

The futuristic idea may seem surreal, but it is being tested in this vast southern US state, which has become the epicenter of a rapidly developing self-driving vehicle industry.

Before driverless trucks are allowed onto roads and highways, however, multiple tests must still be conducted to ensure they are safe.

“Each time we drive a mile or a kilometer in real life, we re-simulate a thousand more times on the computer by changing hundreds of parameters,” explains Pierre-François Le Faou, trucking partner development manager at Waymo, the self-driving unit at Google’s parent company Alphabet.

Waymo is building a logistics centre in Dallas that will accommodate hundreds of autonomous semi-trailers.

And it is by far not alone. Embark, a self-driving technology startup, operates an autonomous trucking lane between Houston and San Antonio, while Aurora, co-founded by a former Waymo employee, will open three terminals and a new 635-mile route (1,000 kilometers) in Texas this year.

In a sign of how competitive the autonomous trucking industry is, none of the three companies agreed to show AFP one of its vehicles.

“I think that everybody who is in the autonomous trucking business is in Texas,” says Srikanth Saripalli, director at the Center for Autonomous Vehicles and Sensor Systems at Texas A&M University. “Even if they don’t advertise it.”

The companies didn’t land in Texas by chance. The state has the largest number of truck drivers and many qualified engineers, its sunny climate is great for the trucks’ sensors, and neighbouring Mexico exports 85% of its goods to Texas by road.

Houston and Dallas are major freight hubs, and Texas’s sprawling distances are ideal for long-haul transport.

But most of all, local legislation is friendly toward driverless vehicles.

In 2018, Texas passed a law that essentially gave autonomous cars the same status as conventional vehicles.

“You need insurance and you need to follow the rules of the road, but other than that Texas does not impose any other regulations,” says Saripalli.

With the United States so vast and trucking such a vital part of its economy, companies see self-driving as a way to cut costs and reduce risk, since unlike with human drivers autonomous vehicles don’t get tired and don’t require mandatory breaks.

While it will take a person three days to drive a truck from Los Angeles to Dallas, a self-driving big rig will complete the journey in 24 hours, estimates Aurora.

And it will be nearly twice as cheap. The per-mile cost would drop from US$1.76 to US$0.96 if the truck drives itself, according to Embark.

Alex Rodrigues, CEO and co-founder of Embark Technology, insists self-driving trucks will be crucial in combatting the current shortage of long-haul truck drivers in the US, some of whom are unwilling to be away from their families for weeks at a time.

“Right now, there are containers sitting in the port of LA not getting moved,” he says.

And Rodrigues promises that the self-driving truck industry will create “attractive” jobs for local drivers, who will take over the autonomous trucks at transfer points and drive them to their final destination points.

Still, 294,000 trucking jobs would be threatened by the industry’s automation, according to a 2018 study conducted by Steve Viscelli, a sociologist at the University of California, Berkeley.

For Julio Moscoso, a 56-year-old driver in Texas, the arrival of driverless trucks is “not good news”.

He says while there are many trucking jobs available right now, that wasn’t always the case. He recalls a time over the past two years when “there wasn’t as much work”.

And most importantly, Moscoso says he wouldn’t trust driverless trucks.

“It’s dangerous. What happens if the sensors fail?” he asks.

At the same time, he admits he does not want to do long-haul journeys anymore, and finds it uncomfortable to sleep in his cabin and not be able to shower every day. – AFP 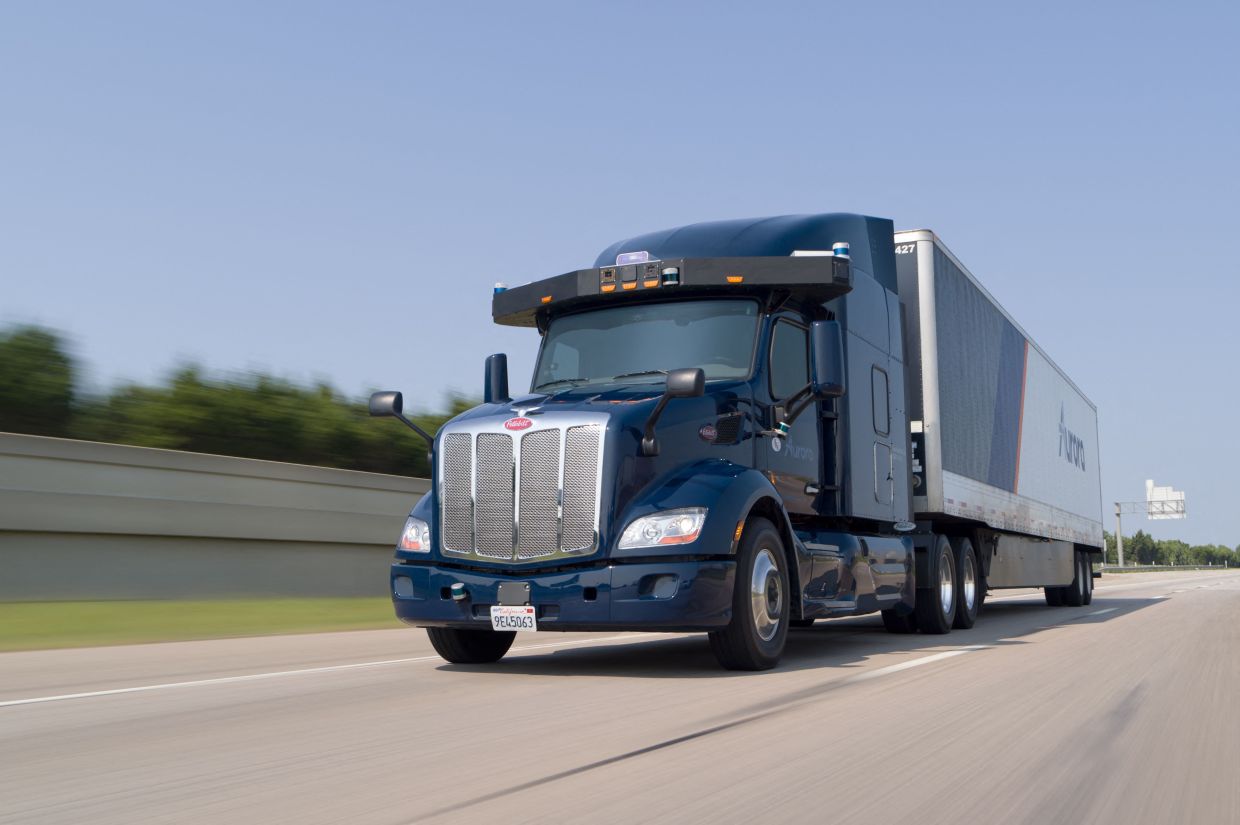 A truck driven by Moscoso is prepared for departure for Houston, Texas. Before driverless trucks are allowed onto roads and highways, however, multiple tests must still be conducted to ensure they are safe. — AFP

Moscoso, 56, a truck driver originally from Guatemala sits in his truck in Houston, Texas. — AFP

Self-driving technology is being tested in this vast southern US state, which has become the epicenter of a rapidly developing self-driving vehicle industry. — AFP

This handout image released by Waymo shows an artist’s rendition of a Waymo autonomous truck. — Waymo/AFP

At CES, tech alliances firm up in the self-driving car wars