Video has definitively become a must-have format. After Instagram, it’s Reddit’s turn to turn to video. The community platform has accelerated its shift to this format and will now give more space to short videos.

Will Reddit increase its focus on video? The community platform has announced a major change with the removal of the Dubsmash application but it’s not casting the video format aside, on the contrary.

Acquired at the end of 2020, the application that allows you to make short videos in playback will no longer exist as of Feb 22, 2022, Reddit announced on its blog. After this date, downloads will no longer be possible on the App Store and Google Play Store.

New tools integrated into the app

Despite the fact that the Dubsmash app is nearing its final days, Reddit intends to increasingly focus on the short video format. The community platform has taken the opportunity to unveil new tools for creating videos directly from the app.

Users will now be able to change the recording speed, set a timer, upload videos in landscape, portrait and screen-fill modes. They will be able to adjust and cut the videos.

Reddit has also unveiled its first filters including the famous “Bread Cat”, the trend consisting of cutting the middle of a loaf of bread to fit the face of a cat.

Many such tools are already present on other social networks such as TikTok and Instagram. And now Reddit seems to want to get in on the act by working on its own integrated editing tool.

The platform will enable users to add filters, stickers, drawings and voiceovers, as well as adjust the volume and order of different clips to create their videos. These changes are already available on the iOS and Android apps.

The trend for short videos

The move in this direction is a direct result of the impressive numbers seen over the one year: “video is increasingly core to how people want to connect,” Reddit outlined.

From January 2021 to November 2021, the community platform saw nearly 70% growth in total video viewing hours and an increase of more than 30% in daily growth of active video viewers: “we’ve seen a 50% increase in quarter-over-quarter short (less than than two seconds) video viewership in our new video player.”

Reddit launched its first tests for its new short video player in August 2021, inspired by TikTok. Faced with the breakthrough of the Chinese social network, Instagram has also chosen to highlight videos on its platform. – AFP Relaxnews 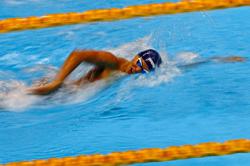