Traders and crypto experts say the ban has only pushed the industry underground, with Nigerians trading between themselves using mobile messaging apps and established but unregulated platforms like Binance and Paxful, opening them up to high fees and scams. — AFP

ILORIN, Nigeria: Adebayo Sulaimon was just getting ready for the day when officers from the Nigerian Police Force raided the 23-year-old graduate’s compound in the southwestern town of Ilorin to arrest him and his roommate.

Sulaimon’s crime, police told him as they took him away that October morning, was trading cryptocurrency, something he had started doing a month before the Central Bank of Nigeria (CBN) stepped up its efforts to ban the practice in February.

After spending five hours at a local police station and paying a 120,000 naira (US$290 or RM1,236) bail, Sulaimon and his roommate were released – then went straight back to buying and selling digital currency.

“There were no jobs, nothing to do. We had to look for (ways) to eat. I trade cryptocurrency and I use it to survive, not as a side hustle,” he told the Thomson Reuters Foundation.

Citing concerns that cryptocurrencies can be used for money laundering, terrorism financing and other illegal activities, Nigeria has joined the growing list of countries – including China, Russia and Turkey – to tightly restrict or prohibit trading in bitcoin and other volatile digital currencies.

But traders and crypto experts say the ban has only pushed the industry underground, with Nigerians trading between themselves using mobile messaging apps and established but unregulated platforms like Binance and Paxful, opening them up to high fees and scams.

“The ban has been ineffective,” said Kunbi Ademola, a lawyer focused on the tech industry, now based in Britain.

“But it has exposed a lot more young people to fraud... (peer-to-peer) is not as secure as the direct exchanges that you could do before on the cryptocurrency exchanges.”

The latest ban, which reinforces restrictions that have been in place since 2017, mandates all banks and financial institutions in Nigeria to close down the accounts of any customer or entity trading crypto or operating local exchanges.

The move makes it almost impossible to deposit or withdraw any cryptocurrency, essentially crippling the exchange platforms that traders use to buy and sell the currency.

Last month, Nigeria also became the first African nation to release its own digital currency, the eNaira, in a step some crypto experts and users believe is meant to quell the use of cryptocurrency.

“I do not consider eNaira to be in the league of cryptocurrency or an e-currency,” said Enoch Daniels, a Nigerian crypto trader.

“eNaira still carries the aim of centralised finance, where what you can own is measured and limited,” he added.

The CBN did not respond to several requests for comment.

Nigerians traded US$400mil (RM1.69bil)-worth of cryptocurrency last year, putting the country behind only the United States and Russia in volume of bitcoin trading, according to research group Statista.

For young Nigerians like Sulaimon, cryptocurrency offers a chance for income and opportunity amid a freefalling economy, skyrocketing inflation and more than 30% unemployment.

“Young Nigerians would rather invest and transact with cryptocurrencies that are less regulated than the naira with its heavy regulations,” said Patrick, a bank worker who declined to give his last name due to his employer’s restrictions on speaking to the press.

While trading without financial protections has its risks, it can also bring rewards, he said, noting that some cryptocurrencies can see gains of 150,000%, turning traders into US-dollar millionaires.

The new restrictions have done little to stifle crypto’s popularity in Africa’s most populous nation.

In March 2021, just after the central bank’s announcement, the dollar volume of cryptocurrencies sent from Nigeria rose to US$132mil (RM559.81mil), up 17% from the previous month, research firm Chainalysis said.

Transactions in June were 25% above the same month last year.

Traders say the ban has led to a jump in harassment and extortion of young people by the police, who arrest traders under the new law and ask for bribes to release them.

“We have not received any official complaints on the alleged extortion of young persons over issues of cryptocurrency in Ilorin, to the best of my knowledge,” said Okasanmi Ajayi, spokesperson for the Kwara State Police.

“The police would rather arrest and prosecute (people) than turn it into a money-making venture,” he said.

In September, Francis Ugochukwu tried to buy 2.6mil naira (RM26,793)-worth of tether, a digital currency pegged to the US dollar, through a WhatsApp digital market, known as an escrow group.

Designed to give traders at least some level of protection, the groups are run by administrators who act as intermediaries, holding onto the money for a transaction between strangers until they get confirmation that the cryptocurrency coins – or tokens – have been handed over.

“I paid for it. I was expecting my tokens and I did not get them,” said Ugochukwu, who asked to use a pseudonym to protect his privacy.

Escrow groups have long been considered trustworthy, but Ugochukwu and other users say they are increasingly being set up with the express purpose of defrauding traders.

“Twenty minutes later, still nothing. I immediately knew that I had been scammed,” he said, adding that when he tried to call the administrator, her number was no longer working.

While cryptocurrency is designed to work outside formal banking systems and experiences wild swings in value, Nigeria’s new eNaira is controlled by the CBN and maintains a value equivalent to the national currency.

Leaders said the country’s official digital currency will expand access to banking, enable more remittances and even grow the economy by billions of dollars.

But early glitches and malfunctions, such as problems with registration and slow response from the app, mean uptake has been slow.

Which means many young Nigerians still rely on crypto trading to make a living, with the ban pushing them into what Ademola, the tech lawyer, describes as a precarious grey market.

“People are losing their means of income in many instances, especially people who are not professional in the industry,” he said. – Thomson Reuters Foundation

Analysis-Amid Bukele's bitcoin hype, not all Salvadorans 'Feel the Bit'

Cryptocurrency fraud soars, spurring state action in the US 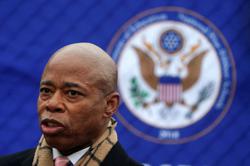 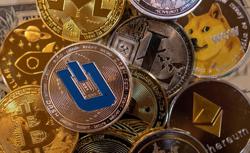