The Japanese company behind a cult toaster with a whopping RM940 price tag is moving into the smartphone market, with plans to buck trends with a smaller 4.9-inch screen. — REUTERS

The Japanese maker of a US$225 (RM939.60) toaster with a cult-like following is hoping it can elbow its way into the smartphone market with the announcement of a handset that bucks the trend for big screens.

The company, which debuted its pricey toaster in 2015, started taking reservations for the phone Wednesday. It will be available exclusively through SoftBank Group Corp. and will go on sale for 104,800 yen ($912) from Nov. 26, Balmuda Inc. said on its website.

Balmuda is a Japanese maker of small but expensive appliances, known for its simple and stylish designs.

Balmuda phones, which come in black and white, have a 4.9-inch high-definition screen with a curved back and has wireless charging. The compact size bucks the industry trend, seen in products from global players such as Apple Inc. and Samsung Electronics Co.

Production will be outsourced to Kyocera Corp. as Balmuda doesn’t own factories.

"People are looking for something new, so there’s potential” for the phone to succeed, said Masahiro Wakasugi, a technology analyst at Bloomberg Intelligence. "But the design is lacking impact, especially for something produced by a company like Balmuda, which excels in product designs. I’m slightly doubtful whether the phone can take off like its toaster did.”

Shipments of smartphones worldwide are projected to reach 1.64 billion units in 2022, an increase of 13% from 2018, according to a marketing firm Statista. The shipments of 5.5 to 7-inch screens will grow 47% in the period while the smaller screen market will shrink 51%, it said.

Balmuda’s toaster became a quiet hit after its debut in mid-2015. Consumers had to wait more than three-months to make in-store purchases of the appliance, which uses steam and carefully calibrated heat cycles to make perfectly toasted bread.

The company has nearly tripled in market value since the stock was listed in December last year. Balmuda shares dropped 0.4% as of the midday break in Tokyo on Wednesday, reversing an earlier gain of as much as 5.2%. – Bloomberg 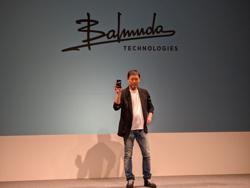 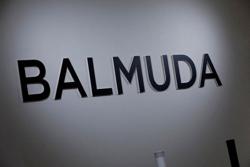