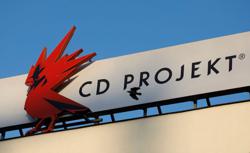 Activision Blizzard Inc, the biggest US video game publisher, is allowing its individual divisions to make decisions on a case-by-case basis. — AFP

Jordan Lemos, a writer for video games, has lived in three different cities over the past five years.

He moved from Los Angeles to Quebec to Seattle, working on blockbusters such as Assassin’s Creed Odyssey and Ghost Of Tsushima, because the jobs required it. So when he was looking for a new gig last year, he told prospective employers he wasn’t going to do it again. He would only work remotely.

Several big game companies were quick to say no once they heard his ultimatum. But Aspyr Media Inc, the Austin, Texas-based developer behind the highly anticipated Star Wars Knights Of The Old Republic remake, was fine with the arrangement, offering a contract that will let Lemos work from his apartment in Seattle even after the pandemic ends.

“Personally, any negatives that may exist from remote work are negligible to the massive amount of positives,” Lemos said. Game studios that refuse to be flexible will have to “see how much great talent they're missing out on by forcing people to completely uproot their lives”, he said.

Like many industries, especially in the creative and entertainment fields, game production had an entrenched office culture pre-pandemic, where artists, writers and engineers collaborated in person to produce visually stunning content. The hours were often long and the lifestyle gruelling. People complained, but not much changed.

Then Covid-induced lockdowns forced a rethink in the video game business, which is slowly conceding that a way of life long considered sacrosanct could see some advantages with change.

The pandemic initially significantly hampered the production of video games as developers struggled to get accustomed to inferior equipment and lagging VPNs at home, leading to widespread delays in releases. But companies adapted, buying new computers and improving their infrastructure so creatives and programmers could transfer large files more quickly.

Now many video game makers say they’re just as productive as they were before the global shutdown in March 2020, even those who have not yet returned to their offices. Studies have shown that once companies can properly support their production pipelines, remote work makes people even more efficient.

Armed with evidence of success, and the release of several high-profile games this year, employees accustomed to the comfort of their own homes are now demanding that their companies rethink traditional stances. Some say that remote work has boosted morale and led to a healthier work-life balance, which has pushed game studios to be more flexible.

A survey this summer by the International Game Developers Association showed that more than half of developers said their employers will continue offering some sort of work-from-home option, a reality that seemed unthinkable just two years ago.

The video game industry is unique in that it has no central hub like Hollywood or Silicon Valley. Big game companies are spread out across the globe, from Canada to Japan to France, which has forced many developers like Lemos to relocate each time they are laid off or their contracts with one studio expire.

A 2019 survey showed that gaming workers had an average of 2.2 employers in five years. The cycle has led to burnout, with many developers becoming sick of packing up boxes and pulling their kids out of school every time they get a new job.

“There are only so many moves you can do before you reach your limit,” Lemos said. “Keeping senior-level folks in this industry is already difficult enough due to things like crunch and burnout. The last thing we need is more reasons for people to leave it.”

Many game companies are still finalising their plans for remote work post-pandemic. Some, like France’s Ubisoft Entertainment SA, have adopted hybrid schedules, in which the majority of employees must still go to the office at least some of the time, but are allowed to work from home two or three days a week, a routine that’s likely to persist after the pandemic. But an increasing number of big game studios are doing what was once seen as impossible: hiring people anywhere, with no expectation that they’ll regularly commute to an office again.

One of the biggest developers to make such a change is Sony Group Corp’s Insomniac Games, based in Burbank, California, which has hired dozens of remote employees and is allowing most staff to work from almost any state, according to two people familiar with operations at the studio who asked not to be identified discussing private company information.

Mary Kenney, a writer at Insomniac, received approval to work remotely and moved to Chicago earlier this year. She wrote on Twitter that the video game industry would be able to attract and retain so much more talent “if people didn’t have to uproot their lives and families for every new project/studio”. Sony declined to comment.

Other companies, such as Los Angeles-based Respawn Entertainment, are telling each of their game teams to decide what fits their approach best, according to two people familiar with the studio.

Some staff at Respawn, which is owned by Electronic Arts Inc, plan on permanently working from home. Others have already moved to new cities, such as Ryan Rigney, the director of communications who said earlier this year that he had received “full work remote approval” and moved from LA to Texas. EA didn’t respond to a request for comment.

The French game company Dontnod Entertainment, which also has offices in Canada, said last month that it was offering permanent remote work to all of its 250 employees. In an interview, chief executive officer Oskar Guilbert said the company learned positive lessons from the pandemic that prompted it to change its posture on office work.

“We were able to ship two games during the pandemic,” Guilbert said. “So we thought, ‘OK, it works. Let’s try to continue like this. It seems like it’s a good balance for people’s personal and professional lives’.”

Guilbert said that 65% of Dontnod’s employees are choosing to work remotely moving forward and that even those who remain mostly in the office will be able to work from home one or two days a week. “It makes, I think, employees really happier,” he said. “This is really important. If someone’s happier, they’re really efficient.”

Owlchemy Labs, a small, Google-owned studio that makes virtual reality games such as Vacation Simulator, also recently announced that it was shifting to permanent remote work. Chief operating officer Andrew Eiche said employees had benefited from not having to always come into the office and that “our results and quality of work remained really high”.

Another advantage is that as the company grows, “going fully remote allows us to find new and exciting talent across the United States and Canada,” he wrote in an email.

But not everyone wants to work from home. Some game developers said they feel less productive while working from their bedrooms or kitchens, especially while surrounded by distractions such as pets and children. Others said they miss the social and creative benefits that come from in-person collaboration.

Tina Sanchez, lead producer at the new Los Angeles-based independent studio Gravity Well, said she enjoys going into the office one or two days a week to meet up with her co-workers.

“There are moments when I want to collaborate with my colleagues and we plan on being in the office at the same time,” she said. “What’s great is we schedule meeting up around how good L.A. traffic is.”

She said she recently spoke to the leadership of one big game studio who said it’s requiring office attendance for most creative and executive roles and that it “hoped having a strong in-office presence after the end of the pandemic would be a draw to potential employees”. She declined to identify the studio.

Game developers who have joined companies remotely “often do not feel completely connected with their teams”, Gittins said. But the benefits, such as eliminating commute time and allowing people to relocate to less expensive cities, have been tangible for many workers, she added.

“There are benefits and drawbacks to both remote work and requiring in-office support,” Gittens said. “I suspect that we will see a large number of studios provide support for remote work opportunities and many smaller studios transition to fully remote work to save on office space costs.”

Some game companies are taking a wait-and-see approach, such as hiring developers in other cities and leaving it ambiguous as to whether they will eventually have to relocate. And sometimes government oversight complicates the plans.

In Quebec, which has attracted thousands of game developers by offering generous tax credits to companies that hire employees in the province, that means publishers like Ubisoft must hit certain staffing thresholds in order to continue receiving the perks. But remote workers wouldn’t count toward those totals, making it more difficult for Montreal-based game studios to be quite as flexible.

Activision Blizzard Inc, the biggest US video game publisher, is allowing its individual divisions to make decisions on a case-by-case basis. A spokesman said the company will offer either a full-time in-office arrangement, a full-time remote arrangement or a hybrid approach, depending on the employee and team.

“We are offering a range of options that we believe gives our employees flexibility,” the spokesman said.

The company may be presenting a plethora of choices, but it also makes its preference clear. Activision recently sent an email to employees surveying their vaccination status and saying it hopes to “fully return to our offices by January 3, 2022”. – Bloomberg

Ubisoft’s new ‘Far Cry’ game is under pressure to perform

'Exhausted Man' PC game takes tiredness to the next level 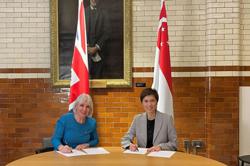 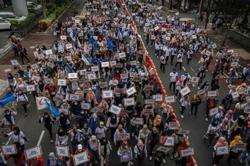