Apple warns that EU regulation's plan to enable side-loading of apps onto iPhones would open up users to unnecessary risk. — dpa

As part of major reforms to the digital market, the EU wants to find ways to allow for more competition on online platforms. For the iPhone, that means users will be able to download apps from sources other than Apple itself.

Apple, which stands to lose revenue from lost shares in app sales, is opposed to this measure, and warns that there are risks to opening up the iPhone to app stores from other providers.

Users would be exposed to more dangerous apps, and Apple would be less able to protect them from them, the company argued in a 30-page paper published on Wednesday.

Unlike on Android phones, Apple only allows iPhone users to install apps using the company's in-house platform – the App Store.

Apple points out that this platform ensures that all apps and updates on its platform are examined by software and human reviewers to filter out harmful applications.

In addition, developers have to adhere to Apple's data protection guidelines. So-called sideloading, in which apps are downloaded to the iPhone from sources other than the official store, eliminates these safeguards, Apple warns.

The Digital Markets Act (DMA), which is currently being developed in the EU, plans to require platforms to be open to competing providers in order to increase competition.

Digital purchases and services sold through Apple's platform are subject to a 15 or 30% levy on the corporation. In theory, app developers could sell their apps outside the App Store at a reduced price without giving a cut to Apple.

On devices running Google's Android system, there is a similar commission to Google on sales through the group's Play Store - but other app stores are allowed on the platform, and many users sideload apps to bypass geolocation restrictions or avoid using Google's platform, for example.

Apple says fake apps disguising themselves as popular services and manipulated updates of Apple's operating system are to be expected if sideloading is forced to become an iPhone option.

The company points to dangerous Android apps in circulation that try to steal a user's login information and other data. Online criminals would have more incentive to attack the iPhone if it were opened up, it said.

Apple critics point out that the company's Mac computers can install applications from all sorts of sources, and that the Android platform is still thriving after years of sideloading.

Apple counters that the situation is different with smartphones compared to computers because they contain much more private information.

US draft laws for more competition in the tech industry also take aim at this business model, however. In the US, however, Apple recently scored a success in defending its app platform on the iPhone. A judge rejected a demand from "Fortnite" company Epic Games to open up the platform to other app stores. – dpa 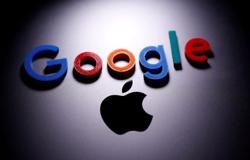