How solar power could boost the battery life of future smartwatches 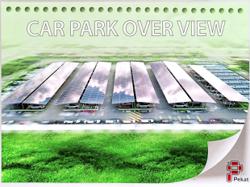 Samsung seems to be taking interest in the idea of smartwatches that automatically charge in sunlight. — AFP Relaxnews

Samsung has filed a patent for a smartwatch powered directly by solar energy, thanks to tiny solar panels inserted into its strap. Does that mean the forthcoming Galaxy Watch 5 could be equipped with this new technology? In any case, it seems that Samsung is exploring the possibility.

Could one version of the Samsung Galaxy Watch 5 – which is not expected until summer 2022 – be set to land with solar cells, potentially boosting its battery life tenfold, especially in good weather? Indeed, the South Korean manufacturer filed a patent with the US Patent and Trademark Office (USPTO) in 2019, which was completed and published only recently. It has just been brought to light by Dutch site LetsGoDigital.

The latest-generation Samsung smartwatches have a battery life of just under two days. Given their size, they can’t accommodate batteries that are too large in size. It will therefore be necessary to find innovative ways to significantly increase battery life and reduce the need for frequent charging. For this, Samsung may be looking into solar energy.

To capture a maximum of light and transform it into energy, Samsung has designed a watch strap with two small photovoltaic cells, located on either side of the watch case. The idea is not to replace the conventional battery, but to extend its lifespan using a natural power source.

By 2030, no less than 50 billion connected devices are expected to be in use worldwide, and all means are good to help them gain run time without necessarily resorting to batteries. In the case of connected watches, a system like this is likely to be complementary to a battery, but for smaller objects requiring less energy, sunlight could very well become a preferred power source.

Note that, in addition to solar energy, some researchers are also working on the possibility of transforming part of the 5G network into an electrical network in order to charge up small connected objects nearby. – AFP Relaxnews 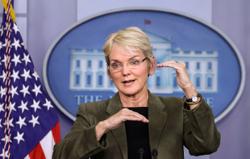