Researchers showed content related to vaccines to more than 100 million people on Facebook across six countries, tweaking everything from the message itself to its tone, format and style, then analysing engagement with the content. — Reuters

Public-health researchers seeking new ways to persuade vaccine holdouts to take coronavirus shots are turning to the strategies of the digital marketing industry to figure out how to win over the reluctant.

Companies that use online ads to sell products try out various colours, phrases, typefaces and a whole host of other variables to determine what resonates with consumers. So why not, the thinking goes, apply the same sort of A/B testing to figure out how best to promote vaccines?

To that end, the United Nations Children’s Fund, The Public Good Projects and the Yale Institute for Global Health have partnered to create the Vaccine Demand Observatory, which is working with Facebook Inc to help nations around the world fine-tune their appeals to better inspire vaccine confidence.

The work is critically important as the world grapples with the combined obstacles of the hyper-contagious delta variant, sluggish vaccine rollouts in some nations and plateauing uptake in others, and it’s been given fresh impetus after Pfizer Inc and partner BioNTech SE said this week that their Covid-19 vaccine was safe and effective in children ages five to 11, findings that could pave the way to begin vaccinating grade-school kids within months.

Medical evidence makes clear that vaccines are safe and effective at both tamping down the spread of the virus and greatly decreasing the risk of hospitalisation for those rare vaccinated individuals that do contract Covid. Yet, in the US, where vaccines are widely available, about 25% of eligible adults haven’t taken their shots.

The newly formed Vaccine Demand Observatory and Facebook are now building on experiments that concluded earlier this year that tested how people respond to different sorts of vaccine messaging. In that study, researchers showed content related to vaccines to more than 100 million people on the social network across six countries, tweaking everything from the message itself to its tone, format and style, then analysing engagement with the content.

They also queried both those who saw the ads and those who didn’t on their attitudes toward vaccines to measure the difference the ads made. In this case, the messaging sought to encourage parents to continue routine vaccinations for their kids during the pandemic.

It turned out that different messaging performed better depending on where it was being deployed.

In Ukraine, an informative tone did a better job at improving perceptions of vaccination than emotional pleas. In some countries, cartoons worked better than photos.

In India, the top-performing message was a personal appeal from a doctor talking about why he vaccinated his own kids. In Kenya, a straightforward message accompanied by an infographic with a recommended vaccine schedule performed best.

Elsewhere, taking a purely factual approach was ineffective, and tugging at heartstrings worked best. The disparate results highlight the need to tailor messages to specific audiences.

It’s a frustrating conundrum for government officials and others in health care: Just laying out the data isn’t always enough to persuade someone on the fence to take the vaccine.

The trouble is that often the facts aren’t really at the root of the concern. Research has shown that frequently the hang-up is actually a lack of trust in public-health authorities or governments. Misinformation on side effects or secret tracking devices just helps to confirm worldviews a person already holds.

Simply giving people more data or cleansing social media of all its misinformation won’t ever fully solve that problem. In practice, it can actually backfire.

In one study, when Centers for Disease Control & Prevention messaging about the flu vaccine was tested among people with concerns, it reduced their intention to vaccinate even as it dispelled myths about the vaccine. Another found similar trends in messaging to parents about the measles, mumps and rubella vaccine.

“There’s many different social, psychological and political reasons why people might come to hold anti-vaccine attitudes,” said Matt Motta, a political scientist who studies vaccine hesitancy at the Oklahoma State University in Stillwater. “And so that means that we have to make lots of different communication pitches to try to reach people.”

Often though, those reasons come down to a lack of trust, whether in the science itself, the government or the health-care system. That's part of why the tone of a message is just as important as the content. The trick is knowing which tone to strike.

That’s where the Vaccine Demand Observatory is trying to make a dent. The group is at work replicating the initial experiment with more scientific rigor, testing content in four countries. The materials that perform best will then be compared with standard messaging in randomised trials to measure outcomes like vaccine coverage rates.

“Preliminary data is showing that very different approaches may work in different audiences,” Thompson said. In one country, messages that included trusted messengers like health workers or parents but also emphasised liberty tested positively. In another, it was personal testimonials that referred to everyone having a fair chance to be protected by vaccines.

The Vaccine Demand Observatory also supports countries with tools to monitor social media posts about vaccines in order to understand local opinions about them. In this new experiment, messages are crafted based on what insights the group already understands based on social listening efforts in a particular country, as well as behavioral insights.

A marketing research team suggests what might perform well based on cultural insights and messaging already in circulation, a production team works to identify and replicate the visual look of well-performing content in a region and then a creative team crafts messages based on all of that.

In the Philippines, for example, researchers have focused in particular on testing messages that align with different values, such as liberty, self-reliance and the safety and efficacy of vaccines. In most cases, the liberty messaging was a top performer.

“The effect sizes we are seeing for indicators like click-through rates, message retention, and some key survey questions are really impressive, and would make a big retail company very, very happy with their multi million-dollar campaigns,” Thomson said.

So far, what the group has found aligns with something academic studies have long suggested about vaccine messaging that is rarely put into practice: Concerns about vaccines stem from a variety of root causes, and so when trying to promote them it is essential to appeal to the concerns of a specific group or community. What works in Kenya might backfire in India.

Motta at Oklahoma State University said these sorts of A/B tests for vaccine messaging are the “gold standard way to assess which messages tend to be most effective in vaccine sceptical populations”. In his own research, Motta and colleagues tested three approaches to increase Covid vaccine intention in the US.

In one, they emphasised personal health risks, in another economic costs and in a third, the collective public health consequences of not vaccinating. They found messages emphasising the personal health risks and collective health consequences of not vaccinating significantly increased Americans’ intentions to vaccinate, with no difference based on a person’s political party.

But in the US certain messages might perform differently in Arkansas than they would in Idaho, two states where there are significant pockets of vaccine hesitancy, but different cultural values that might underlie them.

Sometimes misinformation succeeds because it’s addressing concerns that are otherwise left unanswered by official sources – this has been especially true over the past year and a half, a time filled with much uncertainty. By failing to take those concerns seriously, public health often loses out on winning public trust.

“We should be valuing and investing in public trust as much as we value and invest in vaccines,” Thomson said. “Because without any public trust, there’s no public immunity.” – Bloomberg

These US doctors and nurses share Covid-19 falsehoods. They can become misinformation superspreaders 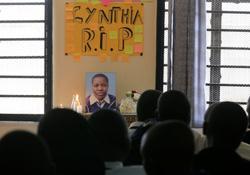 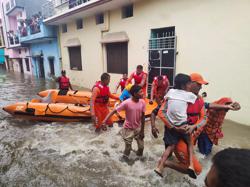