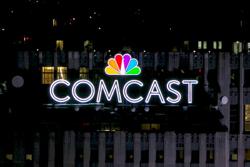 Carrasquillo, whose videos attract hundreds of thousands of viewers on YouTube, publicised his streaming service on the platform. According to the indictment, the business brought in more than US$30mil in subscriber fees. — Relaxnews

Federal authorities have arrested a New Jersey YouTuber for running an illegal streaming service that allowed him to amass a US$30mil (RM125mil) fortune, a stockpile of more than 50 vehicles and dozens of properties in the region.

Bill Omar Carrasquillo, known online as “Omi in a Hellcat,” was named in a 62-count indictment unsealed Tuesday charging him as the alleged ringleader in operating the streaming service, copyright infringement, wire fraud, tax evasion and other felonies related to the lucrative business he built, according to court documents filed by the US Attorney’s office of the Eastern District of Pennsylvania.

Carrasquillo is a well-known YouTuber who has nearly 800,000 subscribers on the platform, in which he depicts his flashy lifestyle. Over the last year, he has posted about the FBI being at his South Jersey mansion.

That all came to a head Tuesday when his arrest at his Woolwich home — once owned by Phillies player Jimmy Rollins — was live streamed online, showing FBI agents standing on a Philadelphia Eagles doormat arresting Carrasquillo, who is shirtless and in neon underwear.

Two others, Jesse Gonzales, of California and Michael Barone, of New York, have also been charged for their alleged roles in the large-scale internet protocol television (IPTV) theft scheme.

According to the indictment, the defendants allegedly used legitimate cable subscriptions from companies like Comcast, Verizon and DirecTV, and then bought encoders from China that allowed them to strip copyright protections and stream the video content over the Internet on servers controlled by Carrasquillo and the others.

The video content was made available to users to stream live programs, like sporting events, or in an on-demand format that allowed users to watch shows like Game of Thrones or Bones, as well as movies, according to the indictment.

Customers could pay the defendants a US$15 (RM62) monthly fee to subscribe to the allegedly illegal streaming service, which had a number of names since it launched in 2016, including Reboot, Gears TV, Reloaded, and Gears Reloaded.

Carrasquillo, whose videos attract hundreds of thousands of viewers on YouTube, publicised his streaming service on the platform. According to the indictment, the business brought in more than US$30mil in subscriber fees.

Jennifer Arbittier Williams, acting US Attorney of the Eastern District of Pennsylvania, described the conspiracy as a “massive, years-long scheme to steal copyrighted content.”

“You can’t just go and monetise someone else’s copyrighted content with impunity,” Bradley S. Benavides, acting special Agent in charge of the FBI’s Philadelphia division, said in a statement. “That’s the whole point of securing a copyright. Theft is theft, and if you’re going to wilfully steal another party’s intellectual property, the FBI stands ready to step in and shut you down.”

He has since re-branded his company into a lifestyle brand and said he is living off profits from his YouTube page, which highlights his arsenal of luxury vehicles, according to the Philadelphia Inquirer.

But that may not prove to be as lucrative much longer.

As part of the indictment, federal authorities moved to seize more than US$34mil (RM142mil), 57 vehicles, including a number of Lamborghinis, motorcycles and other luxury vehicles, and 52 properties he owned in the region, including two in South Jersey.

The indictment alleges Carrasquillo also failed to properly pay taxes on the money he earned from the illegal streaming service. The defendants also allegedly made fraudulent misrepresentations to banks to obtain merchant processing accounts.

Carrasquillo faces life in prison. He was released Tuesday on a US$50,000 (RM209,100) bond after appearing in federal court, according to court documents. Carrasquillo is set to be arraigned on Sept 28.

His attorney told the Philadelphia Inquirer that Carrasquillo “is an innovator who did not break any laws.”

“There were no regulations when he did it,” Donte Mills told the newspaper. “We will prove the charges he received do not apply to his conduct.”

After being released, Carrasquillo posted on Instagram that he posted his bail. He then thanked his friends.

“I want to thank all my friends, seriously, for being there,” Carrasquillo said. “I couldn’t do it without ya’ll.” – NJ.com/Tribune News Service 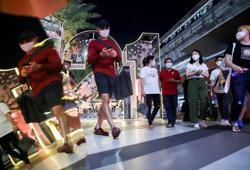 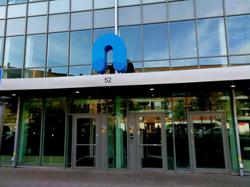