A security flaw on HP's gaming computer software has left users of its Omen line computers at risk of being compromised by hackers. — dpa

Unfortunately for the millions of Windows users gaming on a HP Omen computer, it turns out this central piece of software has a serious security vulnerability.

The flaw allows attackers to deactivate security software, change system settings, manipulate the operating system and install malware on the computer, among other nefarious activities, say the cybersecurity experts from IT security firm Sentinel One who discovered the vulnerability and have informed HP about it.

As a result, millions of HP notebooks and PCs from the Omen gaming series, where the Omen Gaming Hub is pre-installed, urgently need a software update to patch this security flaw (CVE-2021-3437), according to Sentinel One.

HP has already fixed the vulnerability and provided corresponding updates to the software. According to HP, Omen Gaming Hub automatically checks for updates when it is started.

There's also an option in the software menu to check for updates. 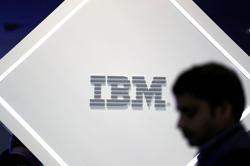