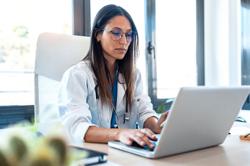 Biometric technologies are at the heart of the European draft law on artificial intelligence. — AFP Relaxnews

The European Union is in the midst of a reflection on the guidelines and ordinances to adopt in order to regulate the use of artificial intelligence via its draft law “the Artificial Intelligence Act”. This is a hot societal issue of the moment, particularly because of the biometric identification techniques that raise both ethical and legal questions.

Biometric technologies raise both ethical and legal questions. A study commissioned by the European Parliament and the JURI (legal affairs) and PETI (petitions) committees aims to find approaches to answer these questions. By definition, biometrics includes all digital technologies that enable an individual to be identified. Physical, biological and even behavioral characteristics of a person can be used to create a profile.

At the moment, biometric recognition technologies are largely associated with mass surveillance, profiling or decision making by algorithm in the eyes of the general public, the report explains. They are already used almost everywhere, but lack a legislative framework. In their report, the researchers recommend a total ban on the complete surveillance of individuals in their private lives and to respect individual rights as much as possible.

At the heart of much of the criticism is a debate about what types of AI are considered high risk. “The Artificial Intelligence Act” aims to protect the fundamental rights of EU citizens and provide legal certainty on artificial intelligence. Without such regulations, individuals may not fully realise the impact of this technology in their lives. In particular, AI systems can lead to errors, false arrests, and algorithmic bias, especially for marginalised groups of skin colour, religion, or gender.

The most complex issue comes down to the “enrollment” phase, i.e., the moment when a unique model capable of identifying one person among millions is saved and stored. Turning identifying physical characteristics (height, eye colour, hair colour) of a human being into data can create major security problems. If a hacker is able to get control of it, they could track and recognise an individual anywhere in the world.

Europe’s AI law will be one of the first major policy initiatives to protect people from what has been described as “harmful” AI in the world. More than 300 companies have made statements about the proposed European law around artificial intelligence, presented last April. Its adoption will facilitate the classification of AI systems according to the risks they present. For example, real-time facial recognition would be totally prohibited except in certain critical cases. Some companies are lobbying lawmakers to protect their interests in the sector.

Creating a common regulatory and legal framework for the 27 countries of the European Union is therefore seen as a necessity and useful for helping the bloc compete with China and the US. (According to the European Commission, the US has been heavily involved in meetings to comment on the draft).

The project proposes, among other things, the creation of a public database on high-risk AI; some companies involved feel that the project will cost them too much money and will slow down innovation in the sector, while on the other side, human rights and ethics groups feel that the AI law does not go far enough to protect citizens. No doubt the EU bill is likely to be once again the subject of public debate when it is voted on by the European Parliament. – AFP Relaxnews 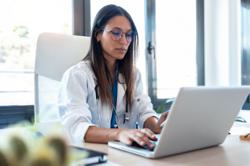