China lays out what’s allowed on a Marxist ‘civilised’ Internet 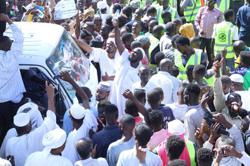 The new guidelines potentially provide a framework to further tighten the government’s grip on Internet giants from Tencent Holdings Ltd to ByteDance Ltd and the vast amounts of content and data they generate. — Reuters

China is laying down the law on what behaviour is – and isn’t – allowed on a “civilised”, Marxist Internet, in a sweeping set of guidelines for governing what is already one of the world’s most-heavily policed digital spheres.

The upcoming regulations, many based on previous draft guidelines, span greater protection for minors against online bullying to combating fake news and verifying online accounts. The over-arching idea is to ensure online content abides by “the guiding status of Marxism in the ideological cyberspace sphere”, the official Xinhua News Agency reported, citing an online summary posted by the State Council.

The new guidelines potentially provide a framework to further tighten the government’s grip on Internet giants from Tencent Holdings Ltd to ByteDance Ltd and the vast amounts of content and data they generate. They coincide with a broad campaign to influence online norms, from suppressing what Beijing calls “fan culture” to forcing giants to open up their closed ecosystems by linking to rival services.

It’s unclear when the final regulations will be published. In its summary, the State Council said more regulation was needed to improve ethics and behaviour. To that end, a nationwide platform will be established to curb online rumours and fake information, while amplifying propaganda about the Communist Party’s achievements, Xinhua said.

“The country plans to better regulate the production, publication and distribution of online content, classify the management of online accounts and build a national mechanism to stop and prevent disinformation,” the news agency reported. “Campaigns will be launched to fight online crimes, and efforts will be made to protect personal information and data security.”

Beijing’s renewed scrutiny of online content comes after a months-long effort to rein in the growing influence of its Internet titans and press them to share the enormous wealth they’ve amassed during a decade-long tech boom. Xi Jinping is pushing a philosophy of “common prosperity” that, beyond tightening supervision of once free-wheeling tech giants, also includes prodding the nation’s youth toward more productive pursuits and eradicating content the Party considers counter to that ambition.

Other points in the summary included: