Google will ask most of its staff to go back to work in their previous offices, but let others do their jobs elsewhere. — AFP Relaxnews

Alphabet Inc’s Google approved 85% of employee requests to work remotely or relocate once its offices fully re-open, the company told staff on Aug 3.

Google is one the largest companies trying a hybrid approach to returning from the pandemic. It will ask most of its staff to go back to work in their previous offices, but let others do their jobs elsewhere. Over the past few months, some 10,000 employees applied to transfer to a new office or work from home.

The company rejected 15% of those applicants because their jobs required specialised equipment or face time with customers, Fiona Cicconi, Google’s head of human resources, wrote in an email to staff.

“And some organisations have made a commitment to invest in key growth sites and are working to build their teams and critical mass in those particular hubs,” Cicconi added. Her email said that rejected applicants could reapply for remote work or a transfer.

Earlier this year, Google had set September as its return-to-work date. But last week the company pushed that back to Oct 18 and announced that all returning staff, including its large contracted labour force, would need to show proof of vaccinations. – Bloomberg

Using an older Android device? Google won’t allow you to sign in after Sept 27

Digital detox: The apps that help you cut down on smartphone use 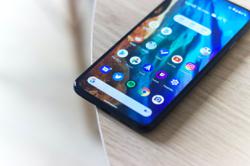