VW boss: Data to be key issue for future of self-driving cars

Self-driving cars generate a lot of data which has huge implications for privacy. — dpa

Data that are crucial for the safety of self-driving cars, and the way they are handled, will be important issues that the technology will have to deal with at some point down the line, predicts Volkswagen Group chief executive Herbert Diess.

However, much work is still needed before such cars become widely available, he told dpa and dpa-AFX news agencies.

VW plans to ramp up electric mobility and digitisation in order to win market share in the United States, a key market for the German carmaker. In Germany, the government plans to test self-driving cars "in regular operation" in projects from 2022.

He said there would likely be setbacks, but the date is still just eight or nine years away. "There are very large development resources going into it worldwide."

"But the safety hurdles are also significant," he noted, adding that a wide range of unexpected events can occur while driving.

The use of vehicle data is also becoming an increasingly important issue. "In Europe, data belongs to our customers first and foremost – they decide what happens with it," Diess sad.

When it comes to information that is important to the wider population, such as if roads are hazardous, "every company will also make sure that it is public – we will certainly share that," he said.

"In China, data is considered a common good, available for the people's good. In America, data is predominantly seen as an economic good, is not public, but remains with the companies, with Google, with Apple, in order to serve the business model there. And in Europe, we have a very strong focus on the user's data sovereignty."

New services are an important addition at VW, he said – but its core business should continue regardless, Diess said.

"Mobility as a service is increasing, and we want to be part of that significant growth. But it will be maybe 15% of the world's mobility sales in 2030," said Diess.

In future, VW's brands remain important and play a decisive role in people's purchasing decisions, Diess said. "But brands also have to renew themselves, have to stay fresh," he said in reference to the sale of the carmaker's majority share of Bugatti to the Croatian company Rimac, in which the VW subsidiary Porsche holds a stake.

"Volkswagen has repositioned itself in the electric world, Audi is the pioneer in electric vehicles in the premium segment, Porsche has the most ambitious electrification programme," he said.

Meanwhile, six years on from the emissions-cheating scandal, VW is still focusing on expanding its range of e-cars in the United States, and Diess called this a great opportunity.

"With electrification starting, we are in a situation where everyone is starting from scratch," he said. VW aims to win a 10% market share.

At the VW site in the south-eastern US city of Chattanooga, the carmaker is the first manufacturer to convert a plant to electric production. Diess said that meant VW should succeed in repositioning itself there. Looking further ahead, he said, "we will revise the US strategy in coming months."

In environmental terms, VW is "optimally prepared" for stricter rules on carbon emissions, Diess said, referring to regulations in the US under President Joe Biden's infrastructure plan.

"We are very well positioned globally with our platform strategy for electric vehicles – for China and the US, as well as for Europe." – dpa

Modern assistance systems blur the lines between passenger and driver

Zoox puts the accent on safety for its self-driving robotaxi 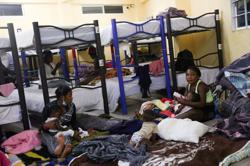 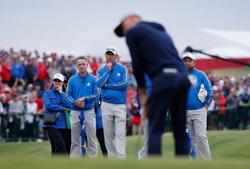