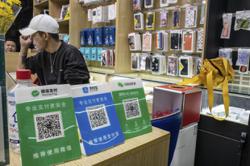 Alibaba’s latest recruitment drive opens up new positions in the company and at its major units like Ant Group, Cainiao and Alibaba Health. Hi-tech jobs on offer include those in the fields of computer engineering, data science, blockchain and security engineering. — SCMP

Alibaba Group Holding has kicked off what it describes as the firm’s “largest ever” recruitment programme for new graduates on Monday, in a sign that the Chinese e-commerce giant is moving forward after paying a record fine of 18.2bil yuan (US$2.8bil or RM11.91bil) in April for antitrust violations.

Hangzhou-based Alibaba, which owns the South China Morning Post, is making 113 different company positions available, 45 of which are being opened to new graduates for the first time, according to the firm’s statement on Tuesday.

The jobs to be filled are not only at Alibaba, but also at its major units such as Ant Group, Cainiao Network, Alibaba Health Information Technology and Alibaba Pictures Group. These positions are mainly based in mainland cities, including Hangzhou, Beijing, Shanghai, Guangzhou, Nanjing, Shenzhen and Chengdu.

Alibaba, which had 251,462 total employees worldwide at the end of March, did not provide the total number of new openings for fresh graduates. In the first quarter this year, the company’s total payroll was reduced by 622 people, according to its latest financial release.

The company’s payroll size nearly doubled to 252,084 in the fourth quarter last year, from 122,399 at the end of September, after taking control of China’s largest hypermarket operator Sun Art Retail Group.

The jobs announcement, timed ahead of the usual recruitment season for new graduates in autumn, highlights the competition for talent among China’s Big Tech companies amid Beijing’s increased scrutiny of the sector.

The Chinese government is under heavy pressure to create enough jobs for the country’s new graduates. The world’s second-largest economy is predicted to have nine million university graduates this summer and about 10 million new graduates in 2022.

Huawei Technologies Co, the world’s largest telecommunications equipment vendor, and Alibaba held the top two spots as the most attractive employers to students with majors in business, engineering, natural sciences and even humanities, according to Swedish employer branding firm Universum’s latest survey, which covered 58,644 students from 108 universities.

Since 2018, Huawei and Alibaba have been the annual survey’s top-ranked picks for students in those majors. The only exception was in 2019, when smartphone vendor Xiaomi was the No 2 choice for engineering students. – South China Morning Post 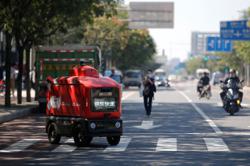