JOHANNESBURG: When Esther Dhlamini went to collect her pension in Johannesburg’s Soweto township, she was surprised to find a local bishop on hand to soothe her fears about Covid-19 vaccination and register her for the jab on his mobile phone.

Community “foot soldiers” like the bishop are among numerous initiatives being scrambled across South Africa to tackle a digital divide that threatens to hit vaccine take-up among people without internet access – including many pensioners.

“I was afraid to get vaccinated and didn’t know how to,” said Dhlamini, 71, outside the Boxer supermarket where she goes each month to pick up her 1,900 rand ($140) pension grant.

“But then the bishop showed me a video of him getting vaccinated and he’s still alive now, so I let him sign me up,” Dhlamini told the Thomson Reuters Foundation.

Tens of thousands of pensioners are being targeted by partnerships between authorities, charities and churches to ensure it is not only the rich or digitally connected who are immunised against Covid-19 in Africa’s worst-hit country.

As daily Covid-19 cases rise, progress on the national inoculation drive has been slow, and campaigners fear people living in rural areas, or those without an Internet connection or private medical aid may be left behind altogether.

So far, 3.7% of South Africa’s roughly 58 million people have received at least one vaccine dose, according to a Reuters tally, with only healthcare workers and the over-60s currently eligible.

“We’re using complicated numbers, maps and information, it’s almost like certain sections of society – the illiterate, the elderly, those without tech access – are being forgotten,” Nkosi added.

Almost all of the 38 million South Africans – or nearly two-thirds of the population – who have Internet access use their mobile phones to get online, according to online data portal Statista.

But data is expensive in South Africa, with broadband research company Cable.co.uk ranking the country in the upper half of global prices.

It has launched a toll-free hotline and free quick code, or unstructured supplementary service data (USSD), to help register those without data or Internet for vaccination.

Officials from the Department of Health were not immediately available for comment on how widely used such services have been.

But their partnership with the South African Council of Churches (SACC) – a forum uniting church members and organisations – and branches of Boxer supermarkets across the country has so far reached at least 120,000 people.

Volunteers approach pensioners as they wait in line, speak to them about coronavirus vaccine myths and misinformation, and if they agree – they register them on their phones for a vaccination appointment.

“By initiating this campaign, we had only one objective in mind: to ultimately assist the government’s efforts to vaccinate as many of our citizens as quickly as possible,” said Ian Bamber, a Boxer spokesperson.

Bishop Shadrack Moloi, president of the Council of African Independent Churches, an SACC member, said churches can be “an amazing resource” in the vaccination drive.

“It’s important for churches to get involved because we have a close connection to the community,” Moloi said.

Other projects have included distributing 200,000 flyers with vaccine information across the country and social media campaigns encouraging younger South Africans to help register their grandparents.

A truck coordinated by the provincial health departments and Unicef, the UN children’s fund, has been screening videos of people sharing Covid-19 stories across the country in local languages while helping them register for the vaccine.

Networks of volunteers, such as COVIDComms SA, are sharing infographic video messages to explain the different ways to register.

“Registration is important but cannot save lives, needles in arms with vaccines save lives,” said Simmonds, who is involved in the country’s vaccine communication strategy.

Moloi said it was vital to ensure no one is left behind in a country battling centuries of inequality and poverty.

“The risk of only vaccinating the rich or those with Internet access is that we will perpetuate this divide, and everyone needs this vaccine,” he said, as an elderly woman on crutches joined the pension queue. – Thomson Reuters Foundation 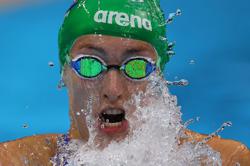