Notorious ‘Anonymous’ hacker nabbed in Mexico, deported to US 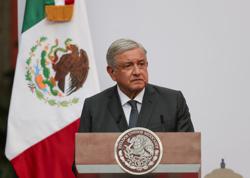 It took more than a decade for the US to get Doyon into custody. He was deported from Mexico on June 11, according to the Department of Justice. — Dreamstime/TNS

A group of homeless men and women in California were protesting the city of Santa Cruz’s decades-old prohibition against overnight encampments in August 2010 when police officers attempted to disband the rally by detaining the protesters.

Among those arrested was Christopher Doyon, then a 45-year-old vagabond, according to local press reports. Doyon – who goes by the online moniker “Commander X” – also happened to be a member of the hacking group, Anonymous, and three months after the protest, someone knocked out Santa Cruz County’s website, according to a 2011 federal indictment unsealed Monday.

It took more than a decade for the US to get Doyon into custody. He was deported from Mexico on June 11, according to the Department of Justice. He’ll face charges for both the cyberattack against Santa Cruz County and for ducking those federal charges back in 2011, the Justice Department said in a statement after Doyon appeared before a federal judge in San Jose.

Although Doyon escaped US law enforcement for the last 10 years, he didn’t shy away from telling his story. In a documentary produced by the Canadian public television channel TVO called, The Face Of Anonymous Doyon is seen waving a copy of the indictment. In an interview he did with TVO prior to the airing of the documentary, he claims to be the first American to win political asylum in Mexico, while admonishing the US for its social and political inequality.

He said a group of elites who don’t want to see any street people, or tents, took over Santa Cruz and that city isn’t the exception in the US.

“It’s going on in cities all across America,” he said. “It always has been. Santa Cruz just happened to be my home. It’s where I encountered it.” Dayon described the Santa Cruz hack as a sort of digital “sit-in”.

Doyon initially fled from the US to Canada, where he spent most of seven years living on the streets in Toronto, according to the documentary co-producer Ian Thornton. Thornton encountered Doyon panhandling and became intrigued enough to do the film, he said.

When asked if he still dabbles in political computer hacking, or hacktivism, Doyon said, “Those days are over.”

“I do Twitter and that’s about it,” he added.

According to a 2014 interview with the New Yorker, Doyon described himself as an activist first – likening himself to 1960s political dissident Abbie Hoffman – who simply used technology as his “medium of dissent”.

He said he moved to Santa Cruz in 2010 to join a social movement called, ‘Peace Camp’, where he ultimately became a leader until the summer protest that led to his arrest, according to the New Yorker. – Bloomberg 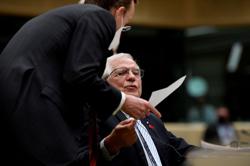