The big difference between Bitcoin and MySpace

It will be a challenge for a coin to come along and match Bitcoin on longevity and stability. — AFP

Bitcoin is definitely on the ropes these days. The price is well off its highs. Elon Musk has been trashing it. A lot of people are getting ETH-Pilled (we have an episode of "Odd Lots” later this week about the enthusiasm for decentralised finance on the Ethereum blockchain). And now my colleague Tracy Alloway has written about how Bitcoin could be the next AOL or MySpace. The basic gist is that while being the first mover is great, history shows that if something comes along that’s better, then that first-mover advantage can only get you so far.

But there is a pretty big difference between Bitcoin and MySpace or AOL. MySpace and AOL had specific product goals. MySpace wanted to connect you with your friends, which was great, but Facebook came along and offered a better way to connect with your friends. AOL offered an onramp to the Internet, but then other services also offered an easy internet onramp, while also giving users access to a wider range of services outside of AOL’s infamous walled garden.

This might sound weird, but Bitcoin doesn’t really have further aspirations. Well, its aspiration is basically to exist for a long time and be a predictable, reliable store of value. When your only aspiration is just to exist for a long time, it’s hard to be supplanted. For one thing, because Bitcoin was the first of the cryptocurrencies, it will be a mathematical impossibility for another crypto to be around longer. Bitcoin also has a long history of not changing its rules or code in a significant way, in part because its main figurehead, Satoshi, has departed. Other popular coins have living leaders with significant influence on the roadmap. And again, more importantly, other popular coins aspire to things.

A decade is hardly anything in the scope of monetary history, so who knows what the future of Bitcoin will be. But in that time, the rules have been quite stable. And more importantly it’s survived, despite being declared dead hundreds of times. It will be a challenge for a coin to come along and match it on that longevity and stability. – Bloomberg 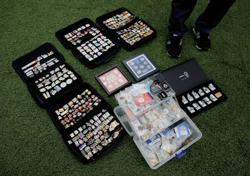