A person looks at a piece during the grand opening of Superchief Gallery NFT, a physical gallery dedicated exclusively to NFT (non-fungible tokens) artwork in New York. — AFP

Late last month, the white-hot world of NFT art was rocked by a contretemps. On Monday, April 26, Daystrom, a New York art collective, announced the auction of an NFT for a drawing by Jean-Michel Basquiat, the first work by the "Radiant Child" to be offered in the space of "crypto art." Bids were due by that Friday. In a few short days, however, the whole thing evaporated, an offer as ephemeral as NFTs themselves.

Champions of NFTs, or nonfungible tokens, claim that this digital way of authenticating work will revolutionise art practice and collecting. Their hope is to overthrow what they see as a traditional gatekeeping tranche of galleries, biennales and journals.

In March, an NFT representing a digital collage by the artist known as Beeple sold for US$69mil (RM283mil), and last year the NFT art trading site Foundation opened for business. On its roster of "creators" is an exploding coterie of newbie digital artists, along with a surprising selection of famous names, including a controversial Russian girl band and Edward Snowden.

On why NFTs are a "compelling asset" to acquire, one collector, Priyanka Desai, observes, "Having a piece of the Internet that's fundamentally yours — something that you think is beautiful and unique and special — is not something we've been able to do until now."

What is this beautiful, special thing you acquire when you buy an NFT? It is not generally the artwork. Rather, what one is buying is a digital "token" that, strictly speaking, refers to a transaction.

Digging into Foundation's website, the limitations of NFTs become clear. The site's "Community Guidelines" state that a collector of an NFT "can't claim legal ownership, copyrights, trademarks, or other intellectual property rights" to a work. What the buyer acquires is an "NFT that represents the artwork on the blockchain."

This crypto-jargon is rarely unpacked. In layman's terms it means that when you purchase an NFT you are literally buying an entry in an online ledger — which is to say data on a "blockchain." Most often an NFT-affiliated artwork will be a digital file of an image, a video or an animation. The blockchain doesn't contain this file, or only very rarely. Rather, it contains a link to a database where a copy of the file is stored.

While crypto-art enthusiasts make much of the uniqueness of NFTs, they are unique in the way a bar code is. A bar code is a distinct identifier associated with an object, say a pair of sneakers or a can of sardines. Bar codes enable stores to keep track of inventory; NFTs allow keepers of a blockchain to keep track of transactions about a file.

As to what's in this file: It may be best thought of as a representation of an artwork. There may well be more than one such representation (just as there are multiple cans of sardines), each with its own blockchain entry and its own NFT. Canadian musician Grimes made several million dollars selling hundreds of NFTs for copies of two short videos with cherub images.

In a sense this is the digital equivalent of a photograph or print that's part of a numbered edition. One difference with an NFT is that the exact image it links to is probably available online for anyone to enjoy as much as the collector who's paid thousands of dollars for a token.

Sometimes, NFTs are connected to physical things, as was the case with the disappearing Basquiat. High-end sneakers, expensive streetwear and baseball cards are some of the items now on offer via NFTs, which act here as a kind of ownership certificate. In the spirit of Andy Warhol, I'd like to mint an NFT for a can of Campbell's soup.

It's possible the creator of an NFT-affiliated work may also sell its copyright as part of the deal. The Basquiat sellers claimed to be offering "all related IP and copyright in perpetuity." (IP being "intellectual property.") Yet this is the exception. Most "minters" of NFTs retain subsidiary rights.

Perhaps the rights NFT collectors most highly value are bragging rights: They can say they "own" a work. Yet their copy has no special qualities aside from its NFT, so under the hood of the hype, the frenzy is about the token, in which there is now a booming secondary market.

It's hard not to see this as a case of digital tulip fever. Can you imagine paying millions of dollars for a bar code? Then again, perhaps this is the apotheosis of Warhol's soup can strategies — attributing value to that which seems the most banal.

Art NFTs put me in mind of film auteur Werner Herzog's distinction between the "truth of accountants" and "ecstatic truth." NFT mavens wax lyrical about the "authenticity" of these tokens as if they are trading a semi-divine quality, yet the authenticity encoded by an NFT is the same kind encoded by a transaction number on a credit card statement. They are a dressed-up species of bookkeeping. What art needs is less auditing and more ecstasy.

Moreover, there are serious legal issues. Will databases containing NFT-linked files disappear, as Myspace did? Already, defunct links have caused collectors to lose access to files. If an artist or minter forgets the "seed phrase" (a passcode) to their "digital wallet," they lose access to the proceeds of sales with no recovery path.

And does the minter really own the underlying work, or its rights? Fraud is rife. Scams abound. Misunderstandings, shall we say. The Basquiat sellers seem to have misunderstood basic copyright law.

On April 28, the artist's estate intervened in the Basquiat offer. "No license or rights were conveyed to the seller," we learned. The drawing's owner could not legally reproduce it or reuse it in any way. It all went pfft — there was no legitimate NFT.

So, buyer, beware. The real value in NFTs may well be this: a bonanza for copyright lawyers. – Los Angeles Times/TNS

Remember the ‘Leave Britney alone’ video? Its creator sold it as an NFT for over US$44,000 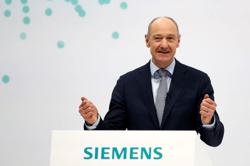