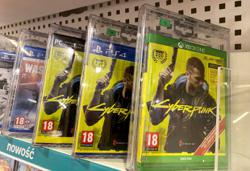 Tomaszkiewicz’s work on Witcher 3 inspired the creation of a popular Netflix series, both based on novels by the author Andrzej Sapkowski, and at one point turned CD Projekt into Poland’s most valuable company. — CD Projekt RED/TNS

The director of Witcher 3, the most successful video game by Polish publisher CD Projekt SA, resigned after he was accused of bullying colleagues, sending its shares to their steepest decline since March.

“Nonetheless, a lot of people are feeling fear, stress or discomfort when working with me,” he wrote. He apologised to staff “for all the bad blood I have caused”.

Tomaszkiewicz’s work on Witcher 3 inspired the creation of a popular Netflix series, both based on novels by the author Andrzej Sapkowski, and at one point turned CD Projekt into Poland’s most valuable company. Tomaszkiewicz is also listed as second director and head of production for Cyberpunk 2077.

His departure deepens a crisis engulfing CD Projekt after a disastrous release of Cyberpunk in December. The highly anticipated role-playing game was full of glitches and almost unplayable on some platforms, leading Sony Group Corp to pull it from the PlayStation Store. The negative reception wiped out CD Projekt’s 2020 share gain and pushed the stock to a two-year low.

“All the signs point to serious ongoing problems with morale and culture at the gaming studio,” said Bernstein Autonomous LLP analyst Matti Littunen.

Tomaszkiewicz was expected to play a significant role in the company’s next game in the Witcher series. When reached for comment, Tomaszkiewicz confirmed his departure and said he was “sad, a bit disappointed and resigned”. A representative for CD Projekt declined to comment.

In the email to employees, Tomaszkiewicz said the decision was agreed upon with the company’s board. “I am going to continue working on myself,” he wrote. “Changing behaviour is a long and arduous process, but I’m not giving up, and I hope to change.” – Bloomberg 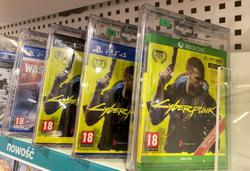