Ain Nurina carved out a niche for trendy Android phone cases, to answer the lack of affordable choices for those who don't use iPhones. — Bernama

It all started six years ago when Ain Nurina Md Yazid, who was only 19 then, took a look at her mobile phone and wondered why iPhones had more appealing cases than Android phones in Malaysia.

Since then, Ain Nurina, 25, who holds a degree in multimedia advertising design, embarked on her uncharted journey to produce mobile phone cases with colourful patterns, designs and themes for every smartphone model, to suit the tastes of discerning Millennials.

It did not matter that it was a totally new field for her, so, armed with the experience of her previous ventures of selling headscarves and T-shirts, she jumped headlong into her online venture of producing phone accessories, a company she started in 2015 with the brand CasesByWF.

“I got so envious of iPhone users previously, as they had more design choices for cases, and they were all stylish too, that I saved up and switched to using an iPhone just to be able to have beautiful cases.

“But after having switched phones, I still found it hard to find designs I liked and if there were any, it would often be on some overseas website selling at some ridiculously high price of up to RM200.

“Since I was learning graphic design and I wanted something unique, I decided to give it a try and do it myself,” she told Bernama recently.

From a modest 1,000 productions a month in the early days, she now completes over 4,000 orders every month with the help of 10 employees. She also collaborates with famous celebrities like singer Yuna Zarai and social media personalities such as Atisha Khan and Cupcake Aisyah, and has tie-ins with local brands such as Tealive to keep her brand fresh and relevant.

The cases made by Ain Nurina and her company use transparent thermoplastic polyurethane (TPU) and thermoplastic elastomer (TPE), two choices which are thin and shock protective.

The company produces over 400 designs, including custom-made, and are priced affordably from RM39 to RM108. The process begins with the design and illustration ordered by the customer being drawn using a computer system before it is translated for the sublimation process. Then, the designed case is printed and marketed.

Subang Jaya-born Ain Nurina also expressed her confidence about the potential for smartphone accessories as it is now a ‘necessity’ for the young generation who love to project their style and image on social media.

“We are targeting the Millennials because of their love for social media and trendy stuff. Phone accessories are part of their outfit of the day that they want to visualise and share with followers online,” she said.

Plans for a pop-up retail stall are in place to attract even more customers, said Ain Nurina, adding that for now she is harbouring hopes for even more opportunities to collaborate with brands and celebrities, both local and international. – Bernama 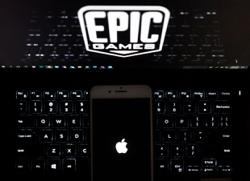