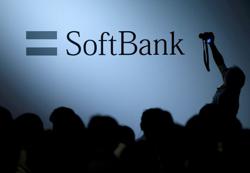 You’ve just splurged on a new pair of headphones but still aren’t getting the right sound when listening from your smartphone? Surely there’s something you can do to change the sound?

That’s where equaliser (EQ) apps come in handy by letting you boost or reduce certain frequencies to enhance the overall sound of your headphones.

A growing number of headphone manufacturers like Sony, Sennheiser and Bose are even making their own apps to let you tweak the sound of their headphones.

Both are free and while Boom emphasises its bass boost, Wavelet offers pre-calculated sound optimisations for more than 2,700 headphone models.

Even if your own headphones are not included, you can adjust the equaliser manually and save your own personal setting. In addition, you can correct the balance between the left and right channels.

Some, like Wavelet, even have a so-called limiter function, which allows you to limit the top noise levels to protect you from a shock or hearing damage from an unexpected blast of loud music.

There are countless more apps, such as Equalizer FX and Flat Equalizer (Android) or Equalizer+ (iOS), but whatever you install, you’re better off installing something with lots of installs and positive reviews.