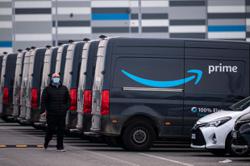 A file photo of Cunningham (left) speaking during a news conference following Amazon’s annual shareholders meeting on May 22, 2019, in Seattle. The US National Labor Relations Board has found that two outspoken Amazon workers, Cunningham and Costa, were illegally fired last year. — AP

NEW YORK: The US National Labor Relations Board has found that two outspoken Amazon workers were illegally fired last year.

Both employees, Emily Cunningham and Maren Costa, worked at Amazon offices in Seattle and publicly criticised the company, pushing it to do more to reduce its impact on climate change and to better protect warehouse workers from the coronavirus.

Cunningham shared with The Associated Press an email from the NLRB, which said it found that Amazon violated the rights of the two workers. The government agency also confirmed on Monday that it found merit in the case, adding that if Amazon doesn’t settle the case a complaint will be filed. After that, a trial could start. The news was first reported by The New York Times.

In a statement, Amazon said it disagreed with the preliminary findings and said it fired the employees for repeatedly violating internal policies, not because they talked publicly about working conditions or sustainability.

“We support every employee’s right to criticise their employer’s working conditions, but that does not come with blanket immunity against our internal policies, all of which are lawful,” the Seattle-based company said.

Cunningham said the ruling proves that they were on the right side of history.

“Amazon tried to silence us,” said Cunningham. “It didn’t work.”

Because of the ruling, Amazon could be forced to offer Cunningham and Costa their jobs back, pay them back pay and reimburse them for expenses related to losing their jobs.

Cunningham and Costa, who were user-experience designers at Amazon, were the two most prominent voices among a group of workers who wanted the company, which has a giant carbon footprint, to take more steps to combat climate change and to stop doing business with oil and gas companies. They held protests and spoke to the media about their concerns.

About a year ago, Cunningham and Costa planned a call between Amazon warehouse and office workers to talk about unsafe conditions in the e-commerce giant’s warehouses. Before it could happen, Amazon fired both women. An Amazon executive quit in protest, saying he couldn’t stand by as whistleblowers were silenced.

Amazon’s treatment of workers has been in the spotlight recently. Votes are currently being counted to determine whether workers at an Alabama warehouse want to join a union. Organisers there want Amazon to pay workers more, give them more break time and to be treated with respect.

Last year, Amazon also fired Christian Smalls, who led a walkout at a New York warehouse, hoping to get the company to better protect workers against the coronavirus. Amazon said it fired him for breaking social distancing rules. The New York attorney general, which is suing Amazon for not protecting workers enough during the pandemic, alleges in her lawsuit that the firing was meant to silence other workers from making health and safety complaints. – AP 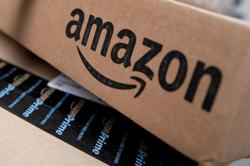