Expert say some people can get reeled into online shopping as a way of coping with changes during the pandemic such as job loss, dealing with isolation or lack of physical contact. — Website vector created by stories - www.freepik.com

During the first month of the movement control order (MCO) last year, account manager Jazreena Rafiq, 30, noticed that her appetite for online shopping had grown.

She only used to buy online out of necessity but being trapped in the house made her spend more time on multiple shopping platforms.

“You can say at that time, I was doing a lot of quarantine shopping to make myself feel better... that’s one way of putting it,” she said with a laugh.

Prior to the pandemic, Jazreena used to spend time socialising with friends in malls and also enjoyed having dinner on her own outside as part of an after-work routine. But as stricter measures kicked in during the first MCO, she started to spend more time at home, making her miss her shopping trips.

“I started adding things to the shopping cart just to get the feeling or sensation I got when I could shop offline,” she said. 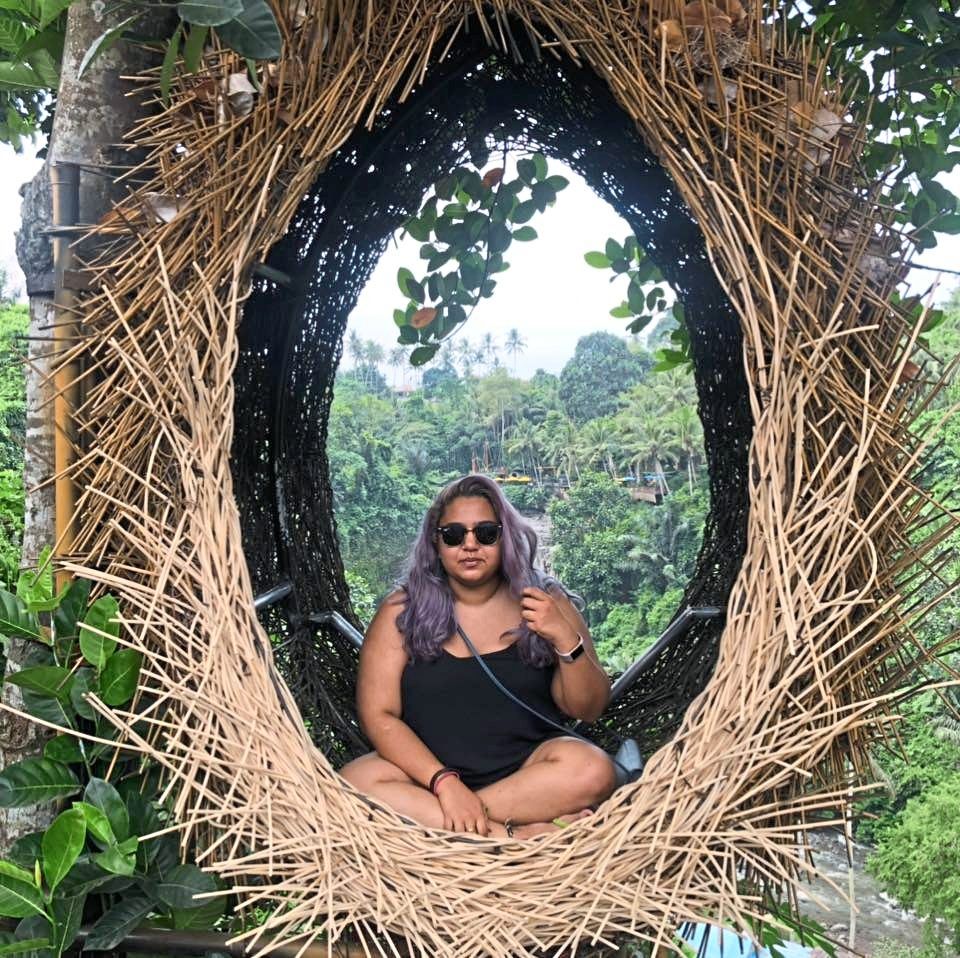 However, when the items, including many that were delayed due to Covid-19, arrived at about the same time, she started to feel frustrated – Jazreena even dreaded having to make multiple trips to the guard house to collect her items.

“I also found myself surrounded by so many packages at home and it was overwhelming. I looked at some of the stuff I had bought like clothes and realised that I don’t even want them anymore,” she said.

Akila Sharif, 34, who dabbles in social media marketing, said at the peak of her online shopping frenzy last year, she was expecting between 10 to 15 parcels a day.

“As I was spending more time at home, I had time to try out new things so I became really invested in acrylic painting. I was ordering a lot of art supplies and I also bought stuff for my family members,” she shared.

Just like Jazreena, Akila used to resort to purchasing online only for necessities prior to the pandemic and refrained from downloading shopping apps because she didn’t want to fall into the habit of buying items out of boredom.

“Then the pandemic hit and I felt that I had no choice but to download the apps just to get the stuff I needed,” she said. 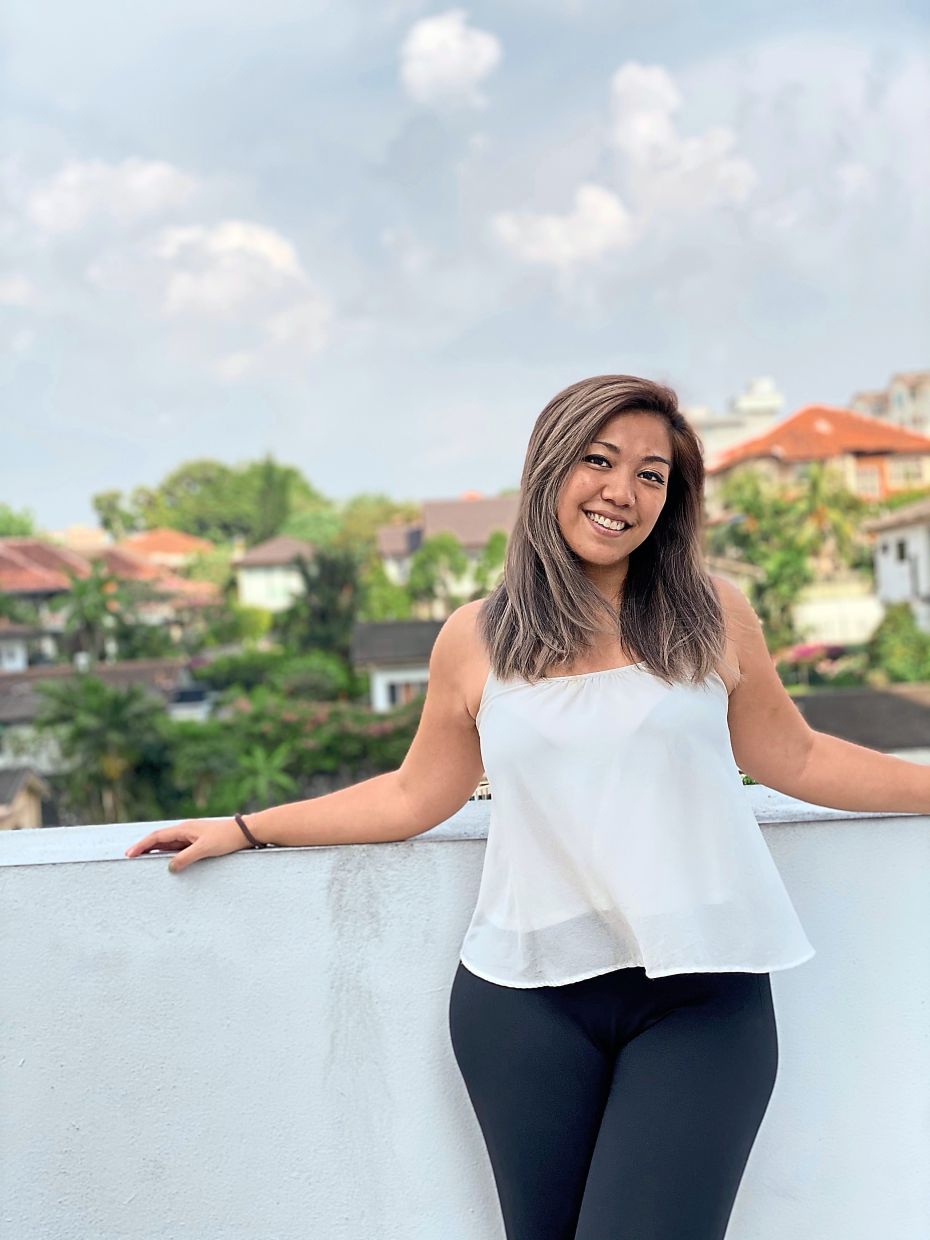 Akila says she now gives herself a few days to think before making a purchase. — AKILA SHARIF

However, she soon realised that she couldn’t keep up with her newfound shopping habit.

“I started to notice that my bank balance was much lower than what it used to be and it was just the first week of the month.

“When I started going through my transaction history, I realised I have been buying stuff that I wasn’t even planning on purchasing in the first place,” she said.

Fiona Yassin, clinical director at The Wave Clinic, a specialist treatment centre for addiction, eating disorders and mental health concerns, said it’s not unusual for people to turn to online shopping as a means of adapting to the new normal.

People can get reeled into online shopping as they try to cope with changes brought about by the pandemic such as isolation and lack of physical contact, and the loss of employment, she said.

“After purchasing an item, they may feel a sense of euphoria because it gives them something to look forward to.

“The shopping experience lights up the same reward centre in the brain as many other addictions.

“The brain responds by releasing dopamine, which increases the ‘feel good factor’ and reinforces the ‘do it again’ or addictive process,” she said.

When people lose control of their spending and develop an addiction for online shopping, Fiona said it could lead to devastating and immense personal distress.

Alvin Tan, the director and clinical psychologist at People Psychological Solutions in Kuala Lumpur, pointed out that shopping sites mostly developed websites or mobile apps with the objective of maximising user engagement in order to get them to commit to a purchase.

“This objective is no different from conventional marketing such as print advertising. However, with technology, user information is more easily obtained. 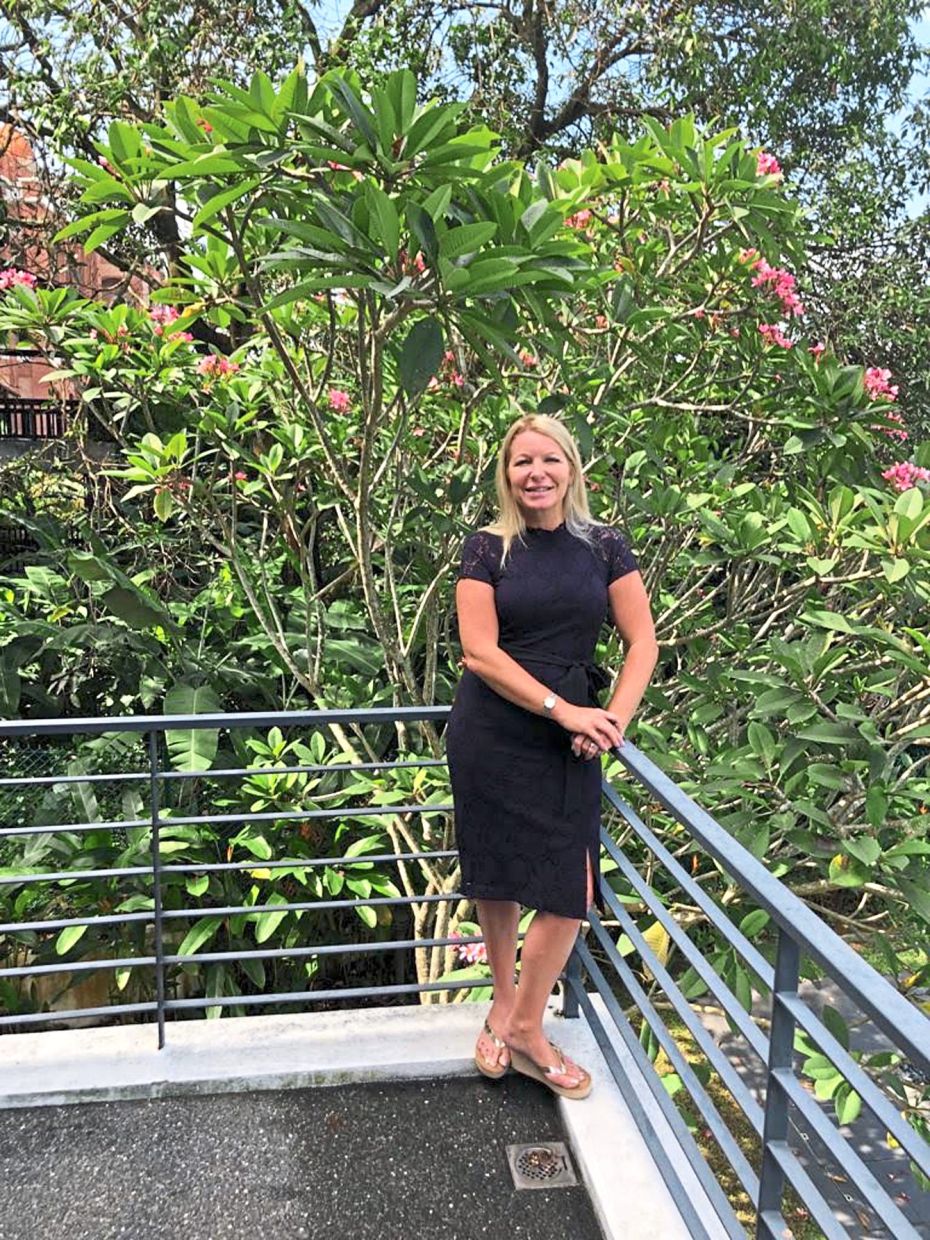 The shopping experience lights up the same reward centre in the brain as many other addictions, says Fiona. — FIONA YASSIN

“Companies are better able to identify their target customers and what interests them, increasing the likelihood of successfully converting the user to a paying customer,” he explained.

He added that the convenience that online platforms offer is another factor that nudges people to purchase items impulsively.

Most sites also use cookies to track users, allowing them to offer personalised recommendations based on what they have been checking out on the Internet.

While Akila said she tries to ignore notifications and email messages from e-commerce sites, it’s harder when they are about a sale.

“A pair of pink shoes that I previously checked out at a sports website appeared as a banner ad on a different site and it was on sale. I feel I tend to fall for ads because I don’t want to miss out on a good deal,” she said.

Professional help may be required if a person becomes highly-preoccupied with online shopping, including having persistent thoughts about buying stuff and is often spending time planning the next shopping spree.

Once shopping becomes an addiction, the person would also see a significant deterioration in his or her relationships with others, work performance, physical health and finance.

“They may have also made repeated attempts at cutting down but may have been unsuccessful. When trying to stop, they may feel highly restless or irritable,” Tan said.

Those who try to hit the pause button on their shopping but fail are also likely to blame themselves.

“They would have an unkind or horrible perception about themselves for not having self-control.

“They would say things like ‘I’m stupid’ for getting into more problems like credit card debt while struggling with remorse, shame and guilt,” Fiona said.

While mental health awareness is growing among Malaysians, Tan felt that many are still unwilling to seek help. 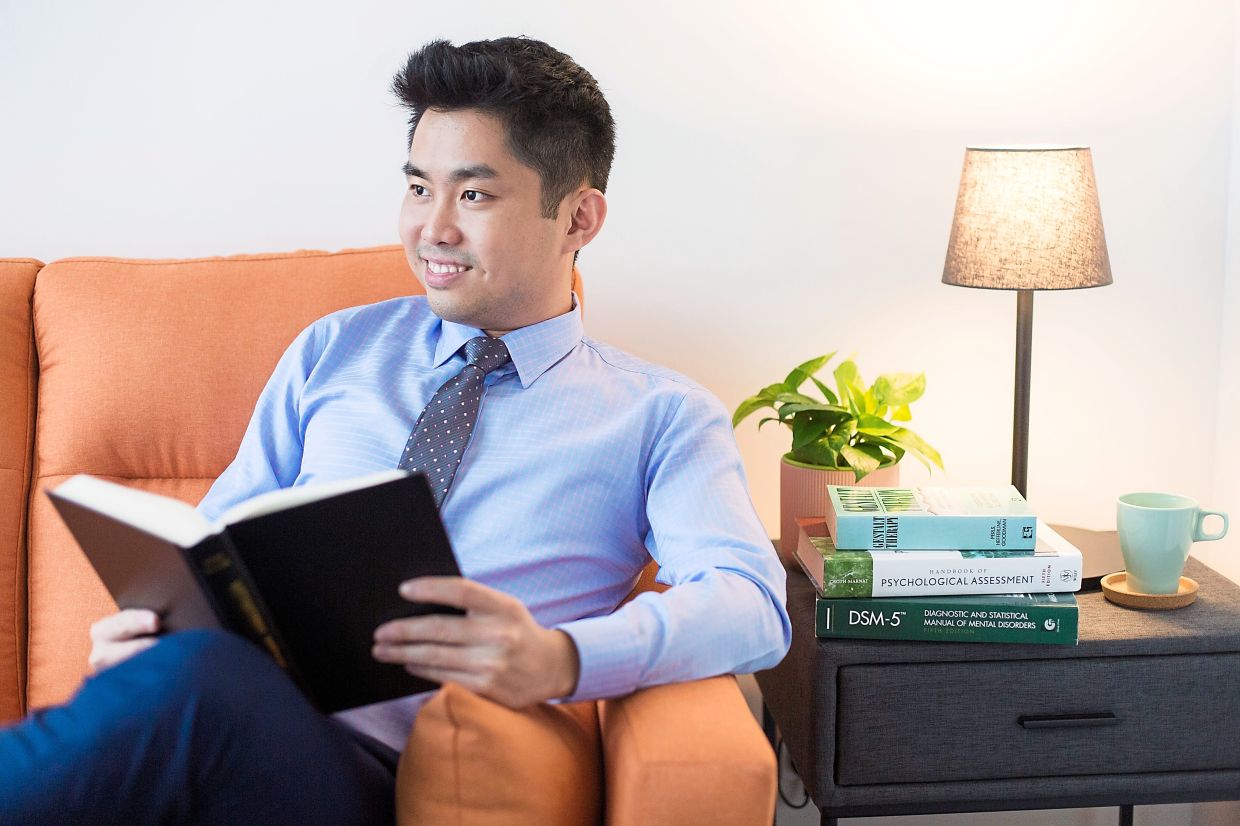 Tan says the convenience that online platforms offer is another factor that nudges people to purchase items impulsively. — ALVIN TAN

“Oftentimes, mental health issues are perceived as a person’s character. For example, a depressed person is seen as ‘lazy’ or a shopping addict as ‘selfish’. Getting help could be a life-changing experience for the better,” he said.

Fiona too hoped that Malaysians struggling with mental health issues such as addiction will find the courage to seek professional help.

“If you are concerned about compulsive shopping, you may want to consult a mental health professional. Aside from providing a safe space to express your worries, you will also have the chance to address other concerns you may have,” Fiona said.

Those who need a space to express their struggles can turn to a website like SupportGroups (support groups.com), which allows them to share their troubles and get support from others.

The support group for shopping addiction on the site currently has over 39,000 members.

“Being able to open up about your concerns is an important step towards combating addiction.

“Online groups are fantastic because they give people an outlet to tell their story which may help them realise they are not alone in this journey,” she said.

For those who want to start taking control of their shopping habit, Tan urged them to begin by removing any possible triggers.

“While it’s impossible to remove the ability to shop completely, you should consider making it difficult to engage in the behaviour.

“This can be done by deleting credit card details from your computer and having your loved ones safeguard your credit cards. You could also limit screen time to work hours only,” he said. 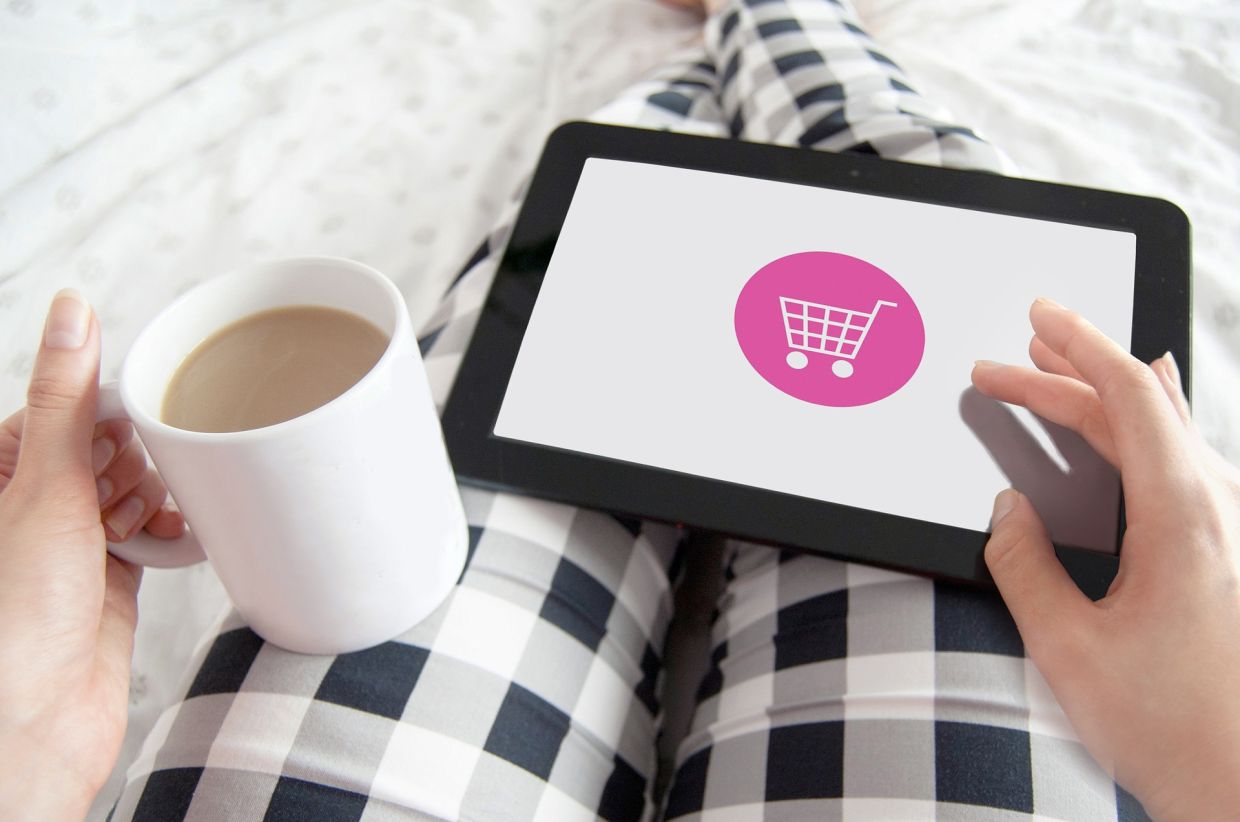 For those who want to start taking control of their shopping habit, Tan urged them to begin by removing any possible triggers. — Pixabay

Fiona said shopping sites allow people to save their credit card details because it breaks their wall of defence against unnecessary spending.

“They tell you that it makes shopping easier but it’s really there to make you not hesitate to spend next time,” she said.

For Jazreena, having a new sense of responsibility has helped her realise that she needed to take immediate remedial action.

“After I moved out last September and began living on my own, I wanted my finances to keep the fires burning in the house,” she said, adding that she has begun delaying purchasing decisions.

“I would add things to the cart but won’t check out right away. Instead, I take two to three days to think about it and most of the time I would have realised I don’t need them.”

Akila too uses this method to make better purchasing decisions and has deleted most of the shopping apps from her phone.

Tan also suggested that those struggling to make sense of their shopping habit should connect with others.

“Have open conversations about spending on shopping, and learn from others on how they manage their habits,” he said.

He also recommended reading up about shopping addiction on reputable online sites.

“This will allow you to recognise the signs of a behaviour starting to negatively impact you. While it is okay to shop, understand how too much of a good thing can also be bad for you,” he said.