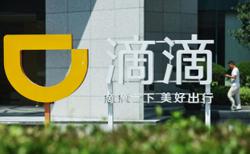 The case has reignited concerns over how accountable the company is for its driver’s and whether it vets them fully. In 2018 the company faced a major backlash after two separate incidents in which drivers raped and killed passengers. — SCMP

A ride-hailing driver in China has allegedly killed a passenger after repeatedly running them over with his car during a pickup dispute.

News of the horrific killing has sparked renewed scrutiny of ride-hailing giant Didi Chuxing’s accountability for its driver’s conduct.

The driver, surnamed Gao, received a ride-hailing request at 2am on Sunday in Fuzhou, Fujian province, and called the passengers to confirm, Didi said in a public notice on Weibo on Monday.

The male passenger, surnamed Zhang, said that the driver’s phone call had disturbed his family’s rest after he requested his phone not be called as it was at home where his father was asleep.

The driver insisted he didn’t do anything wrong in contacting passengers to alert them to his arrival for the pickup. The two men got into an argument and then a physical fight as a female passenger attempted to intervene.

Zhang’s cousin, Lin, told Red Star News that Zhang and his girlfriend were playing cards at a friend’s house and hailed a car home afterwards.

“When my cousin got in the car, he had a quarrel with the driver, who told them to get out of the car,” Lin said.

“Afterwards, my cousin threw a tea bottle at the car, and the driver turned around and hit them. His girlfriend fell to the curb, while my cousin was thrown against a wall, and the driver reversed the car and hit him again.”

A notice from the local police on Monday said that after Gao hit Zhang, he called the police.

Zhang later died in the hospital and police have detained Gao while they investigate the case.

Didi said that the driver passed a background check in 2019, as he had no prior criminal records and had been a passenger driver for 19 years.

“We will try to eliminate all safety risks, enhance driver safety training and lower the rate of safety incidents. We also plead every driver and passenger to be more rational when encountering conflicts, to have more respect and tolerance,” Didi said.

In the recent years, Didi has been scrutinised by the Chinese public several times for safety-related issues.

In 2018, two women were raped and killed by Didi drivers. The company, which launched eight years ago and has more than 550 million users and 31 million drivers, was forced to dismiss two staff and suspend its ride-hailing service amid nationwide anger.

It also has since installed an emergency button on its app that can be activated by users with just one click. – South China Morning Post 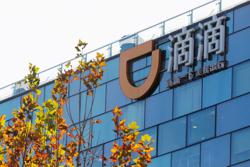