The State Administration of Market Regulation (SAMR) has vowed to clarify the responsibilities of e-commerce platforms. Big Tech companies have been facing increased scrutiny from regulators over their Internet businesses since December. — SCMP

Chinese market regulators are planning to step up their control of e-commerce platforms by formulating a list of responsibilities for operators and drafting new regulations for the sector, according to state-owned news agency Xinhua.

The State Administration for Market Regulation (SAMR) will “adopt more powerful regulatory measures this year with a series of actions” to clean up the online shopping market and maintain a healthy environment, SAMR official Wei Li told Xinhua.

In addition to clarifying the responsibilities of platform companies involved in online transactions, authorities will enact new rules to standardise online deals, maintain fair competition and protect consumer rights, according to the Xinhua report on Monday. The watchdog will also build a system to collect information in real-time nationwide to monitor online transactions

Specific guidance will be given to e-commerce platforms regarding shopping festivals such as Singles’ Day. Regulators will boost law enforcement efforts on prominent issues related to online promotions, including the sale of fake goods that are marketed under the name of “special supplies”. Authorities also said they took down nearly 234,000 examples of improper online sales information, gave out some 23,000 rectification orders to online platforms and shut down 6,665 online stores during a crackdown campaign led by the SAMR between October and December, Xinhua reported.

The new rules come after regulators raised their scrutiny on Big Tech and their internet businesses, including e-commerce. On Christmas Eve last year, SAMR announced an antitrust investigation into Alibaba Group Holding over alleged monopolistic conduct, including the practice of forcing merchants to work with only one e-commerce platform. Alibaba owns the South China Morning Post.

A few days later, the SAMR said it fined the operators of Alibaba’s Tmall, JD.com and Vipshop for pricing irregularities after consumers complained that the platforms raised prices before introducing discounts, engaged in fraudulent promotions and induced consumers into purchases during the Singles’ Day shopping festival.

Last week, the SAMR fined some of the country’s largest technology companies, including social media and gaming giant Tencent Holdings and search engine giant Baidu, for failing to disclose to the government their acquisitions of smaller competitors or establishment of joint ventures. – South China Morning Post 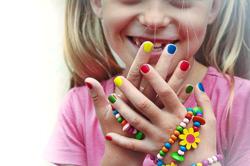