Samsung is set to recapture the top spot in global smartphone production with the release of its new flagship smartphone, says analyst. — AFP

Samsung Electronics Co is expected to recapture the top spot in global smartphone production in the first quarter of the year, a report showed Tuesday, with the release of its new flagship smartphone.

The South Korean tech giant is estimated to produce 62 million smartphones in the January-March period and accounts for 18.1% of global smartphone production, according to market researcher TrendForce, reports Yonhap news agency.

“Moving to the first quarter of 2021, Samsung has released the new lineup of its flagship Galaxy S21 series in advance so as to maintain its market share in the high-end segment,” TrendForce said. “At the same time, Samsung has adopted promotional pricing to boost the sales of its latest devices.”

Apple Inc is expected to drop to the second spot with 54 million units, or a market share of 15.8%, in the first three months of 2021, according to TrendForce.

The United States tech giant was the leading smartphone maker in the fourth quarter of 2020 after it rolled out 77.6 million units of iPhones, beating Samsung's production of 67 million units.

China's Xiaomi Corp is projected to become the third-largest smartphone producer in the first quarter of 2021, with a share of 15.2%.

Oppo, which includes OnePlus and Realme devices, is expected to become the top fourth-largest player with a share of 15.1%, TrendForce added, followed by Huawei Technologies Co with 7.7%.

Global smartphone production is likely to reach 342 million units in the first quarter of 2021, up 25% from a year ago, and a quarter-on-quarter decline of 6%, TrendForce said. – Bernama 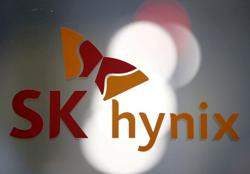 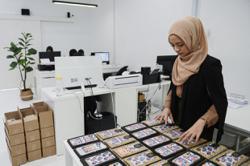