The pandemic has done a number on Uber's bottom line, with the ridesharing firm suffering RM3.9bil in losses. — Reuter

Uber on Wednesday reported another hefty loss in the final three months of 2020, though the company's food delivery operations partly offset the hit taken from the decline in ridesharing during the pandemic.

Thanks to that offset, the loss of US$968mil (RM3.9bil) was narrowed slightly from US$1.1bil (RM4.45bil) in the same period a year earlier, according to Uber.

Uber said its "mobility" segment, which includes ride-hailing, was down 52% from a year earlier, while its delivery operations -- including its Uber Eats meal service -- saw a revenue jump of 224%.

This has the potential to be a "banner year" for Uber, as vaccination programs get people back to summoning rides and the company expands its delivery of alcohol and groceries as well as take-away restaurant meals, according to eMarketer analyst Eric Haggstrom.

Uber early this month announced it was acquiring Drizly, a startup specialising in delivery of beer, wine and spirits, for some US$1.1bil (RM4.45bil) and would integrate it with Uber Eats.

The two firms said Drizly, which operates in some 1,400 US municipalities and one Canadian province, would become a subsidiary of Uber and that its services would be available via Uber Eats as well as the separate Drizly app.

Khosrowshahi was optimistic about the road ahead for Uber, expecting new users won by its restaurant meal delivery service would become ride-share customers after pandemic lifestyle restrictions ease.

"We have proven in big markets in Brazil and Australia that as these markets open up the mobility business comes back, and it will start growing again," Khosrowshahi said on an earnings call.

"There is no doubt in my mind that in 2022 and 2023 our mobility business will grow at substantial, double digit rates."

Khosrowshahi has lobbied for Uber drivers to be made part of the Covid-19 vaccination effort, being given inoculations and then providing rides in the broader effort.

Daniel Ives at Wedbush Securities said the results represent "another major step in the right direction" and suggest an improving picture as Uber emerges from the pandemic.

"The company is clearly seeing a rebound in ridesharing metrics and coupled with a leaner expense structure is setting a stage for snapback in growth and profitability," Ives said in a research note.

Uber has been buckling down to endure the pandemic.

Joby acquired Uber expertise and software, and the ability to offer its all-electric, vertical take-off and landing passenger aircraft on the ride-hailing giant's app.

While financial terms of the deal were not disclosed, they included Uber investing US$75mil (RM303.57mil) into Santa Cruz-based Joby, which has said it hopes to have its flying taxis in operation as early as 2023.

Uber in January also closed the sale of its autonomous car division to Amazon and Hyundai-backed Aurora, in a deal that gives Uber a 26% stake in the startup developing self-driving technology.

As part of the deal, Uber and Aurora teams will merge.

The companies expect the self-driving technology to be initially put to use for long-haul trucking.

Uber Freight -- which matches truckers and shippers similar to how riders are matched with drivers in the ridesharing app -- saw revenue rise 43% to US$313mil (RM1.26bil) in the final quarter of last year. 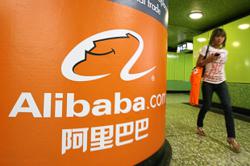