MCMC has blocked 2,921 pornographic websites over the last three years, as part of its campaign against lewd content on the Internet. — Bloomberg

Nearly 3,000 pornographic websites have been blocked by the Malaysian Communications and Multimedia Commission (MCMC) since 2018.

The Commission stated it would continue to proactively block such websites to protect local Internet users, adding that it had blocked exactly 2,921 such sites.

MCMC was responding to a media report which highlighted the high rate of pornographic searches by Malaysian citizens, with approximately three to four out of every 10 Malaysians surfing such sites weekly.

The data released by a pornographic website placed Malaysia as the fourth most active market in the world, behind Slovakia, Bulgaria and Ireland, according to the article.

MCMC warned that legal action would be taken against Internet users who shared pornographic content on social media, adding that this was a punishable offence under Section 233 of the Communications and Multimedia Act 1998, which carries a fine of up to RM50,000, a year’s imprisonment, or both.

The Commission said it also encouraged the public to beat the habit by organising advocacy campaigns on self-control, which it ran via national publications, television, webinars and even in collaboration with non-governmental organisations (NGOs).

It encouraged users to file reports and provide tips to the authorities, if they encountered pornographic or inappropriate material on social media. 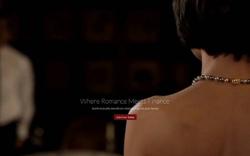