By Jane Zhang and Zhou Xin

Jack Ma, the founder of Alibaba, makes his first public appearance after nearly three months of being out of public view. Ma told teachers that he has been ‘learning and thinking’, according to a report published by an official local news service. — SCMP

Jack Ma, the founder of Alibaba Group, delivered a video speech to over 100 rural Chinese teachers on Wednesday morning, marking his first public appearance in nearly three months after his controversial speech at a Shanghai financial forum on Oct 24.

According to a report by the Tianmu News, a news service run by the official Zhejiang Daily Group, Ma said in the video remarks that he has been “learning and thinking” and he concluded that Chinese entrepreneurs must serve the country’s visions of “rural revitalisation and common prosperity”.

The report included a 50-second video clip of Ma as well as the full transcript of his speech. The Jack Ma Foundation confirmed that Ma had participated in the online ceremony of the annual Rural Teacher Initiative event on Wednesday.

“I have been learning and thinking in these days with my colleagues, and we’re more committed than ever to education and charity,” Ma said, according to the transcript.

The Alibaba founder has been out of public sight since he criticised China’s financial regulatory system in the Shanghai speech. Following those remarks, Ma was summoned by China’s regulators and an initial public offering by Alibaba affiliate Ant Group was suspended at the last minute. 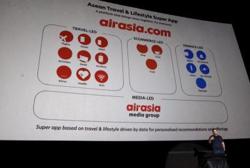