A delivery courier for Glovo checks his phone on the street in Milan, Italy. The closely held company started operating dark-supermarkets in late 2019 to diversify away from restaurant deliveries. — Bloomberg

Stoneweg will build and refurbish real estate for the “dark stores”, which are delivery-only convenience markets, in countries where Glovo is already operating, such as Spain, Italy, Portugal and Romania, Glovo said in a statement on Jan 19.

Glovo has agreed to occupy the sites for an unspecified period of time and the Barcelona-based company aims to have 100 of the units by the end of the year, up from 18 now. Details on the occupancy agreement weren’t disclosed.

“We see this as the third generation of commerce as there is the traditional way of shopping, then e-commerce and now the quick commerce in which delivery comes to your house in 30 minutes,” Glovo chief executive officer Oscar Pierre said in an interview. The closely held company started operating dark-supermarkets in late 2019 to diversify away from restaurant deliveries.

Q-Commerce orders have grown 300% from a year ago, and Glovo plans to hire 500 people for the business by the end of the year. The company currently has 1,900 employees overall, according to its website.

Glovo and other food-delivery companies have seen business surge during the Covid-19 pandemic, as global lockdowns shut restaurants and forced users to order from home. Shares of Berlin’s Delivery Hero SE have jumped 85% in the last 12 months, while US-based Grubhub Inc have risen about 27%. Food delivery has also been a lifeline for Uber Technologies Inc as its ride-hailing business suffered.

Although the market for delivery of convenience goods is less crowded than food delivery, competition is growing with larger rivals such as Amazon.com Inc offering same-day delivery of grocery staples. But Glovo’s still faster that the Silicon Valley giant, offering deliveries in minutes, Pierre said. – Bloomberg 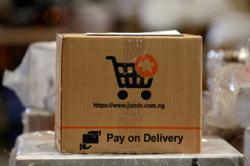 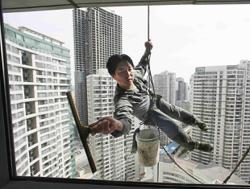