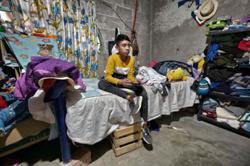 As the pandemic drags on, more educational resources are going online to ensure students keep learning while at home. — CHAN BOON KAI/The Star

The Selangor state government has launched an e-learning platform for students in the state, based on its free tuition programme (PTRS).

Selangor Mentri Besar Datuk Seri Amirudin Shari told SelangorTV that though PTRS was initially meant for students from disadvantaged backgrounds, the new education portal would be open to other students too.

While the videos could be watched by visitors, for additional content and features, users would need to set up an account which requires them to have an Identity Card (IC).

The platform for both students and teachers provides users with webinars, courses, and teaching resources, with content from the National Library, Malaysia Digital Economy Corporation (MDEC) and Unicef.

Originally using Google Classroom, the online learning platform was now backed by Apple and Microsoft, since being relaunched last June.

On its website, it explained the programme aimed to provide more interaction than watching educational videos, enabling teachers to set courses for their students and discuss afterwards on a class forum.

The Rakyat Post reported Maszlee saying there were more than 13,000 free videos on the site for students in primary and secondary school, covering language, music, history, theology and science.

The videos were made by local teachers, students and even members of the public.

Streaming service Dimsum showed watching videos could also be educational, when it added The Star’s eTuition programme to its offerings back in 2019.

The courses covered preschool to secondary syllabuses across different languages, from the publishing company’s various educational assets including Kuntum and Newspaper-in-Education.

The eTuition programme is available to all Dimsum subscribers.

Educational magazine Kuntum also has its own website for additional content to complement the long-running print edition.

Some of the programmes available include animated clips with mascot characters Pintar and Comel, Mandarin lessons and also fun sketching and drawing exercises.