From racially biased platforms to products that caught fire, we look back at the major missteps in the tech industry. — 123rf.com

Technology has been vital in helping people stay connected, entertained and informed during the pandemic.

But the rapid adoption of technology has also brought about new challenges and problems, including an unprecedented rise in scams.

Here we take a look at the services, technologies and products that failed users in 2020.

The false text messages claimed that the recipients qualified for the aid and asked them to reply with their BPN ID and password, as well as bank name and account number.

LHDN reminded the recipients it does not request personal info over text messages.

Last month, scammers struck again when the Finance Ministry announced the i-Sinar programme which allows Employee Provident Fund (EPF) members to withdraw savings from Account 1 if their income has been severely affected.

Users were lured into downloading fake apps under the guise that they will be offered guidance for i-Sinar applications, but it was just another scam harvesting personal information. 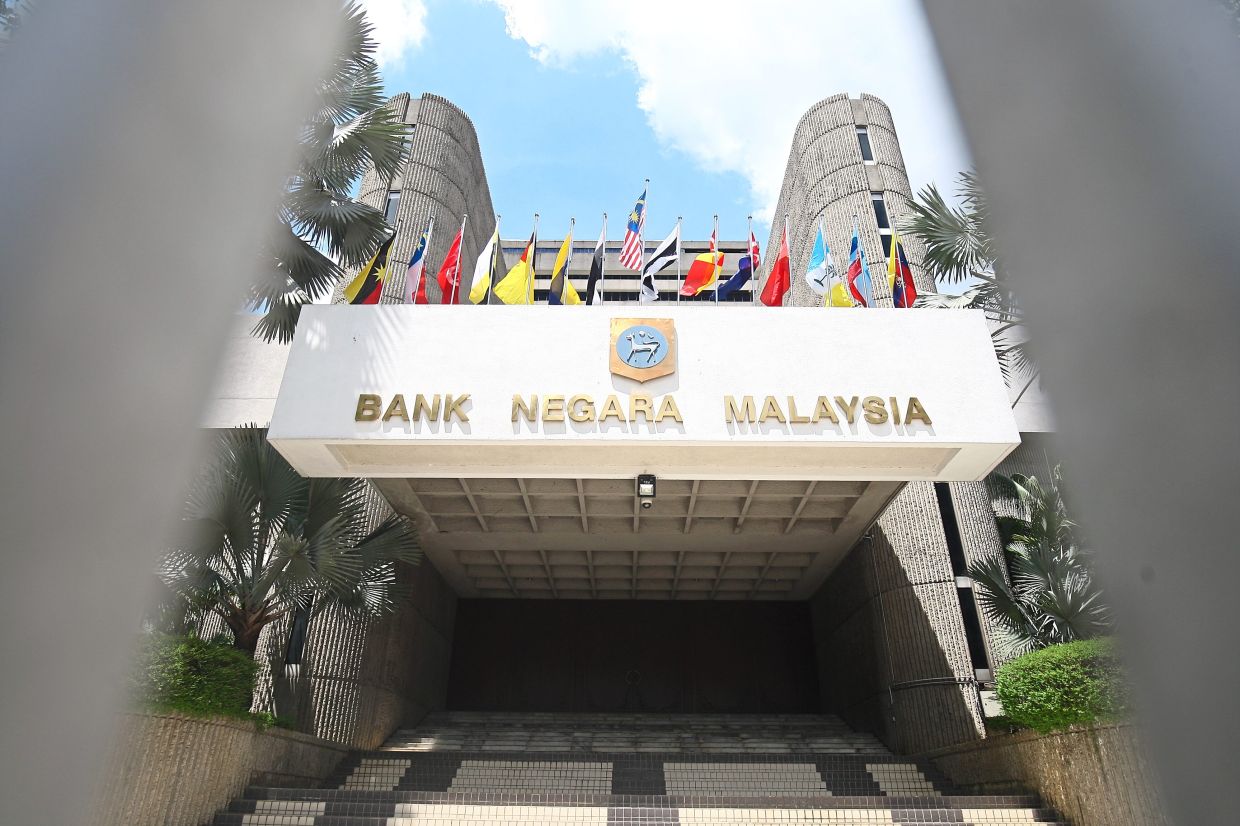 Scammers also created fake apps and websites bearing the Bank Negara Malaysia logo, tricking victims to part with more than RM5.2mil between April 1 and Nov 25, according to the Royal Malaysia Police (PDRM).

In a Facebook post, PDRM said it received 105 reports on fake BNM apps and 23 for fake websites.

The scammer, posing as a bank or police officer, calls up a victim saying there are issues with his or her bank account which must be resolved by logging in to an app or website.

In an advisory, the National Cyber Security Agency said the malicious app can monitor a user’s activity on the phone and forward text messages with the bank’s TAC number to a remote server.

This allows the scammer to access a victim’s bank account and conduct online transactions.In a report, one victim claimed he lost RM33,000 after entering his personal details on a fake BNM website.

Ring, a company owned by Amazon, had to issue a recall for over 350,000 Ring 2 video doorbells sold in the United States over fire and burn concerns.

Ring, in its recall notice posted last month, said the batteries in Ring 2 can overheat when the wrong screws are used during installation. It urged users to install the products only using the screws it provided.

Apart from safety issues, concerns have also been raised about privacy and security.

In January, USA Today reported that Ring had terminated four employees who abused their internal access privileges to spy on users.

The report also highlighted a lawsuit by a couple who claimed that a hacker had breached the product’s security system and taunted their eight-year-old daughter through the Ring camera that was set up in her room.

Ring, in a statement to NBC News, denied claims that its system or network has been compromised, adding that it believed bad actors had used passwords from previous data leaks to connect to customers’ devices.

As the pandemic raged on, Microsoft launched Productivity Score in October, a tool that allowed employers to monitor staff working from home.

The tool, available to users with admin privileges, gauged how long employees spent communicating on the Teams group chat, shared files or accessed programs such as Word or Excel.

It also scored employees based on the amount of time they spent working on the Microsoft 365 platform. Austrian researcher Wolfie Christie described Productivity Score as a “full-fledged workplace surveillance tool” in a series of tweets, adding that it allowed employers to assess their staff at an individual level.

Employers can also compare their productivity score with other organisations, giving Microsoft “access to a massive stack of employee data across many organisations”, said Christie.

Adding on the criticism, David Heinemeier Hansson, co-founder of the office productivity suite Basecamp, said the word “dystopian” was not enough to describe the issues surrounding the tool. Hansson tweeted that putting employees under constant surveillance is a form of psychological abuse.

“Having to worry about looking busy for the stats is the last thing we need to inflict on anyone right now. This Office 365 on-by-default workplace surveillance regime is morally bankrupt at its core,” he added.

On Dec 1, Microsoft announced that it will be making changes to Productivity Score with a commitment to privacy.

The software giant said it will remove user names so organisations will not be able to assess how an individual chooses to engage with apps and services in Microsoft 365.

It will also modify the user interface to highlight that Productivity Score is a measure of “organisational adoption of technology and not individual user behaviour”.

Images uploaded to the channels will be processed by a bot for free but users who pay about US$1.50 (RM6) can have the watermark removed.

Sensity said 104,842 women have been targeted and their deepfake or “stripped” images shared publicly as of last July.

It also stated that some of the bot-generated images include victims that appear to be underage. 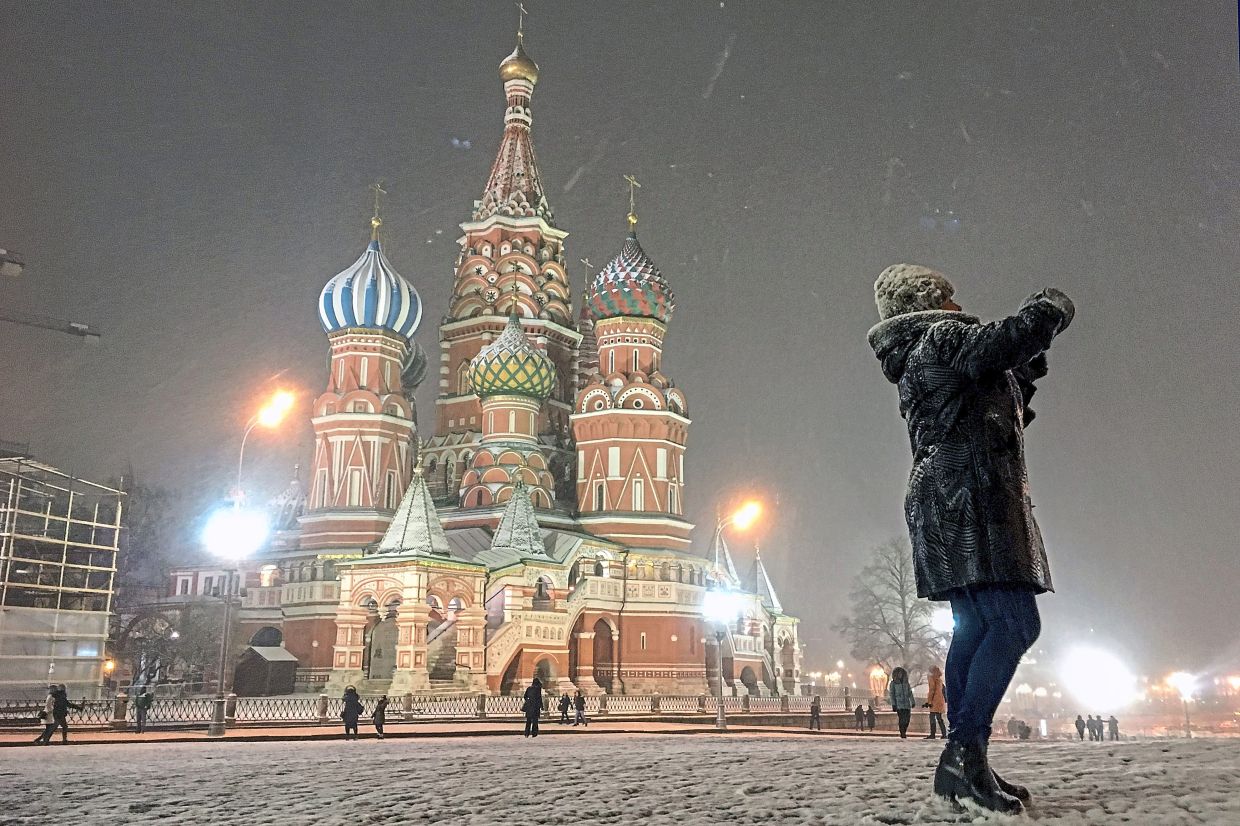 The deepfake bot was mostly used by people from Russia and former Soviet Union countries. — AFP

Seventy percent of the photos were obtained from social media or through personal engagements, it added.

It estimated that 70% of the people who used the service were from Russia and former Soviet Union countries, adding that the bot received significant advertising on Russian social media platform VK.

In a Wired report, Sensity said that it had informed Telegram about the issue at the beginning of the year but the company has done nothing to crack down on the bot and its affiliated channels.However, since its report was published, the groups have gone under the radar and become harder to access.

Some have changed their name to avoid detection while others have vanished completely, it added.

Telegram, to date, has not issued a statement over the matter.

Twitter had to apologise when a user discovered that the platform’s algorithm which generates photo previews tends to favour white people’s faces.

The issue was discovered by PhD student Colin Madland in September when he tried to tweet about a problem he had with Zoom, which coincidentally was also about it being racially biased.

When Madland tweeted an image of his colleague and himself side-by-side, the image was cropped by Twitter to show only his face.

Another user tested the algorithm by posting photos of former US President Barack Obama and Senator Mitch McConnell but only the latter was highlighted.

Even fictional characters and dogs were not spared – The Simpsons’ Lenny was chosen over Carl, and a white Labrador over a black one.

The company’s chief design officer Dantley Davis said the issue is “100% its fault” in a reply to users on Twitter, adding that the racial bias within the image-cropping algorithm will be fixed.

What does Tom Cruise, Steven Spielberg and Will Smith have in common? They are just some of the Hollywood A-listers that were working on projects for Quibi before it was shut down on Dec 1.

The shows that may not see the light of day include Spielberg’s After Dark, a horror series that was created to be watchable only after the sun sets.

The streaming service, which aimed to offer short-form videos capped at 10 minutes, closed its doors on Dec 1, less than a year after its April debut.

Founder Jeffrey Katzenberg and CEO Meg Whitman said in an open letter on website Medium that despite having a created what they deemed a “new form of mobile-first premium storytelling”, users were not willing to fork out US$4.99 (RM20) a month with ads or US$7.99 (RM32) without ads for the service.

The other reason could be timing, as Quibi was launched during the pandemic with both Katzenberg and Whitman admitting they couldn’t find ways to navigate the “unprecedented challenges”.

Quibi’s demise will go down in history as an expensive failure as Katzenberg raised US$1.75bil (RM7.1bil) in funding and according to Variety, Quibi had a cash burn rate of up to US$6mil (RM24mil) for every hour of content produced.

Apple is for the first time shipping its iPhone 12 without a power adaptor and EarPods, claiming that it’s part of an environmentally-

conscious move to reduce carbon emissions and minimise use of precious materials.

Though customers still get a USB-C to Lighting cable with their purchase, critics are sceptical about Apple’s move.

If Apple is really serious about reducing wastage, they asked, why hasn’t it switched from the proprietary Lightning charging port to the widely adopted USB-C standard.

This would allow users to use their existing chargers to power up more devices, and decrease the likelihood of having to purchase a new charger and fattening Apple’s coffers.

Users switching from older models will have no choice but to buy a new adaptor and also have to contend with using multiple chargers for different devices.

Lockdown measures made people rely on video conferencing platforms to stay in touch and work from home, propelling platforms like Zoom to new heights.

However, the quick uptake uncovered critical privacy and security flaws, one of which allowed strangers to hijack Zoom sessions.

It became known as Zoom-bombing and the hijackers, who tended to play offensive videos or harass participants with derogatory remarks, were able to easily obtain the links to Zoom meetings on platforms like Telegram and Twitter. Singapore suspended the use of Zoom by school teachers temporarily due to Zoom-bombing. — AFP

In April, Singapore suspended the use of Zoom by school teachers temporarily after a number of incidents. In one session, men made lewd comments at female students during a geography lesson.

In a Reuters report, Aaron Loh from the Education Ministry’s technology division said the incidents were “very serious” and the suspension was issued as a precautionary measure.

The Cincinnati Enquirer reported in May that the US Federal Bureau of Investigation received more than 240 reports of Zoom-bombing, including one that broadcast child abuse material.

Add this to your list of things to dread: Google will no longer offer free unlimited Cloud storage for “high quality” images starting June 1 next year.

Photos uploaded thereafter will eat into the free 15GB space it offers, which is also used for storing other files.

Once users run out of space, they will have to subscribe to a paid plan to store more.

Bloomberg reported that axing unlimited storage for Google Photos could help Google’s parent company Alphabet generate up to US$3bil (RM12.2bil) in new revenue by 2023, based on an estimate by a Bernstein analyst.

Previously, the search giant offered unlimited storage for US$12 (RM48) a month for G Suite users but replaced it with a limited 2TB plan.

However, it’s not the first to retract such an offer and it’s likely that more companies will be cutting back just as users are becoming more reliant on digital services due to the pandemic.